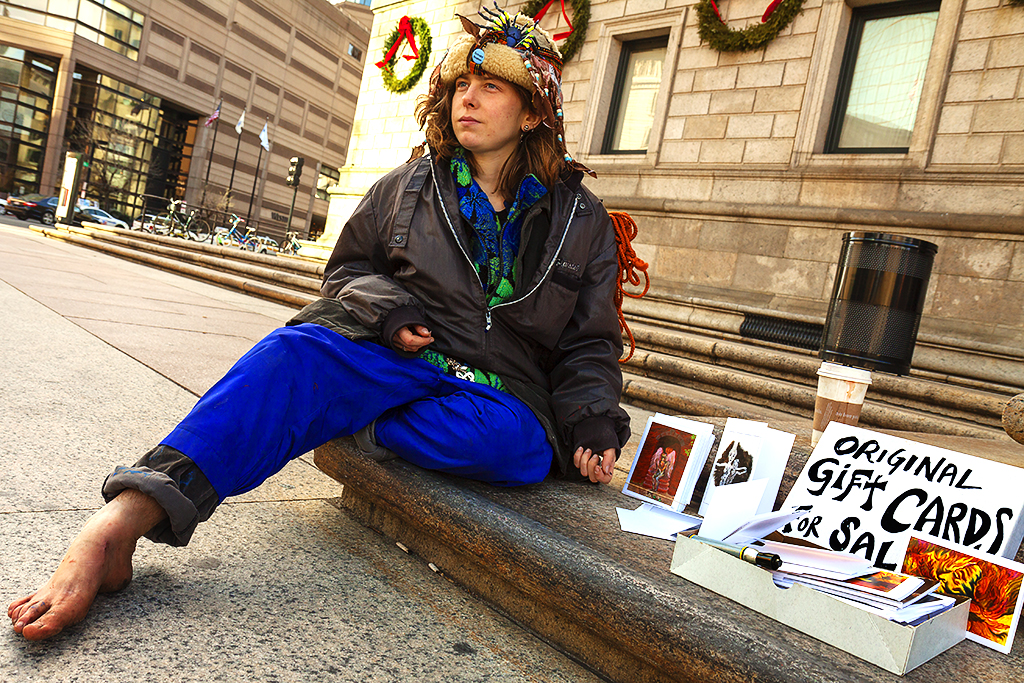 Katie spent $120 to make these cards, but had not sold a single one during her first hour of business, sitting in front of the library. She was staying with Occupy Boston until the police evicted their encampment from Dewey Square. A native of Boston, she has been drifting around for the last four years, traveling as far north as Alaska, and as far south as New Mexico. She lived outside in -20 degree in Montana. Her estranged father works for Raytheon, near Philadelphia.

She offered me some cauliflower from a plastic bag. When I asked how old she was, she said, "Didn't people tell you you should never ask a lady her age?"

She has investigated the Transcendentalists and found them half-assed. She said, "From the age of twelve, I've always wanted to be an animal," and that's why she goes barefoot and lives outside as much as possible.

"If you want to be an animal, then Thoreau ain't shit," I said.

Email ThisBlogThis!Share to TwitterShare to FacebookShare to Pinterest
Labels: Boston

Wow. You have a talent for finding these gems Linh.

I don't know whether to envy her or pity her.

If you want to be an animal?? You already are! Like other mammals and yet unique, like all species. Go back and read (really READ!) Thoreau. His genius grows with the years - and with YOU!