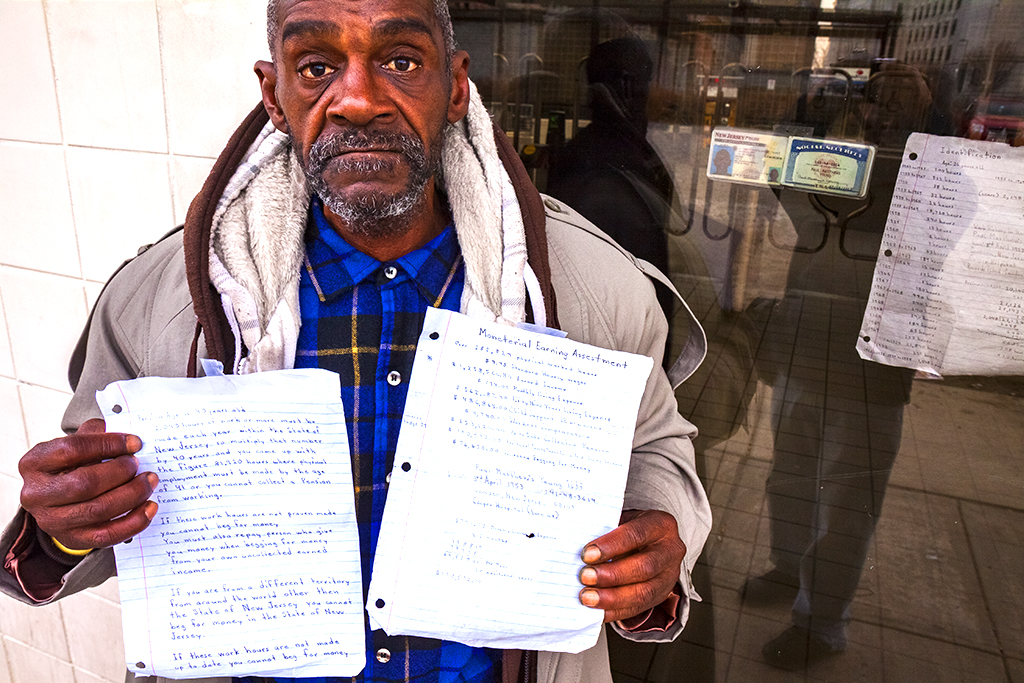 Paul Matthews Young outside train station that connects Camden with Philadelphia. On a plate glass window, he has taped his New Jersey ID, social security card and about eight sheets of paper showing his "Moneterial Earning Assessment." It wasn't clear what he was trying to convey, to whom, or if it was some kind of protest. When he told me had 18 children, I asked, "With how many women?"

He said his 18 children were born microscopic from the tip of his dick. The doctors at Cooper Hospital had something to do with this, but I couldn't get him to explain fully the procedure beyond the fact that Paul had to jerk off beaucoup times. He said the last woman he was with had three kids of her own, so there were 21 children in the household altogether. His oldest is now 35.

Email ThisBlogThis!Share to TwitterShare to FacebookShare to Pinterest
Labels: Camden