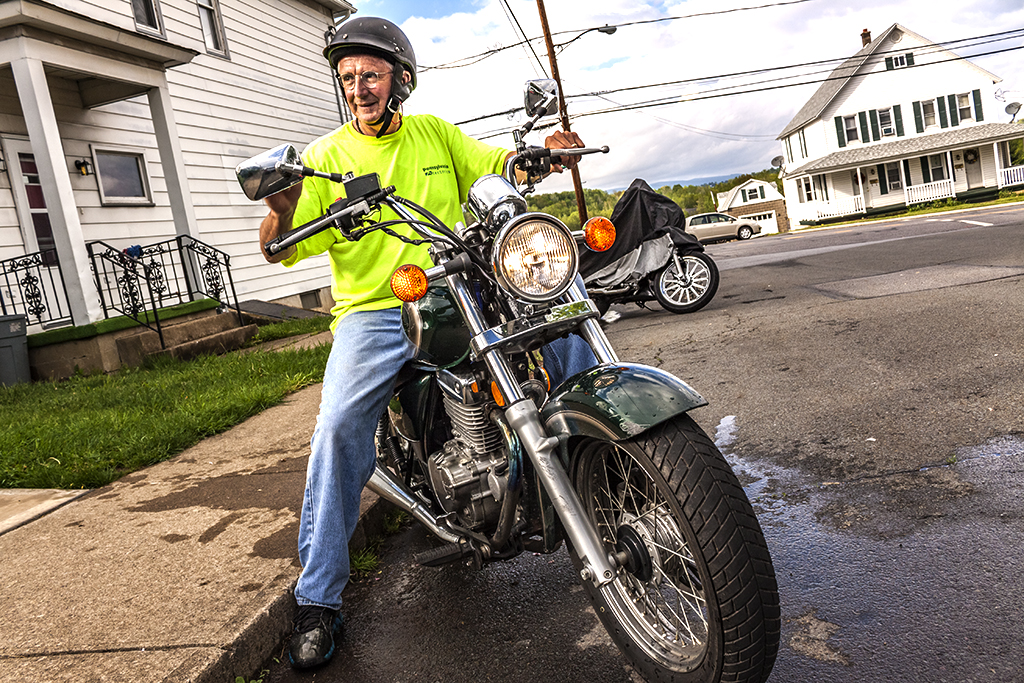 A friend sold Chuck Orloski this motorbike for next to nothing. Chuck needs it so save on gas money, as his budget is extremely tight each month. Chuck's wife, Carol, has rheumatoid arthritis and lupus and can no longer work as a waitress. Chuck has two sons, 21 and 17-years-old, with the older, Daniel, working at a CVS pharmacy, but they only give Dan about 15 hours a week. Money is so tight, Chuck's family has to resort to a church pantry once or twice a month. The official unemployment rate in the Scranton area is 9.3%, compared to 7.5% nationally, but of course both of those numbers are gross lies. Chuck lost his family home when his dying father had to go into a nursing home. With his wife also sick, they couldn't care for the old man at home. They now rent the second floor of the house on the left. The easygoing owner, a friend, has also allowed the use of the attic. The first floor was a tavern, but it has shut down. There were bars up and down the street, but they have all shut down.