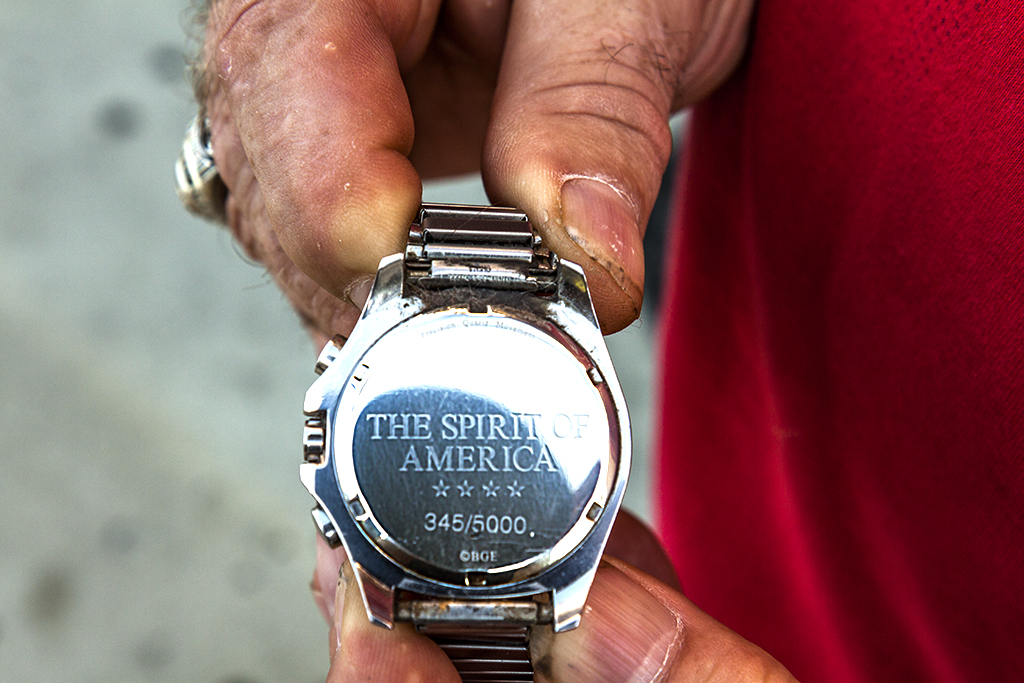 Steve, 57, is originally from Tennesee. In the Army for 20 years, he participated in Desert Storm. Here, he's showing me a watch he bought from the Veterans of Foreign War Magazine. Though it says, "THE SPIRIT OF AMERICA," it's made in China. Where else? As we were doing this, Steve's wife walked up and huffed at her husband, "What are you doing?!"

"I'm showing this man my watch."

"Why is he taking a picture of it?"

"Cause he thinks it's interesting, that's why!"

They then walked into the RaceTrack 75 Sports Bar together. Within twenty minutes, they argued and she stormed out, only to return 45 minutes later to ask him, sweetly, to come home. With them was this weasel-like character with a cane. After they had all left, Joe explained that the weasel had been jailed for about 13 years for murder, and was now stealing pills from Steve's wife to get high. "Four or five of them killed somebody, but this guy got the longest sentence."