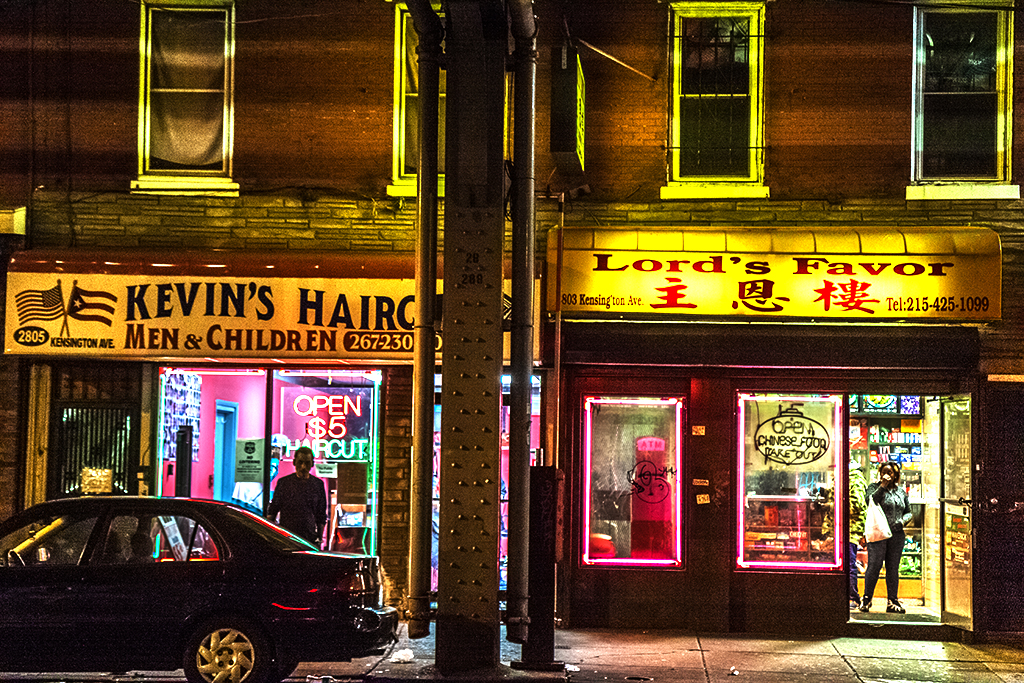 Seeing me take this photo, three people immediately asked if I was a cop, with one man rather confrontational about it, "Did you just take a picture of me?"

One of the worst drug corners in all of Philly, Somerset and Kensington is also on the cusp of the Badlands. Two blocks away is Hissey Park, another well known drug spot, where two men had been shot just the day before at 2:30PM.

I would probably have thought twice about taking my camera out if I hadn't seen a cop only half a block away. She was playing peek-a-boo with some Dominican kids running in and out of a Chinese joint.

To get an idea of how fucked up this place is, just google "shooting Kensington," and you'll be reading for a while.

Bravery going there at night, let alone at any time of day. Fascinating corner, though.