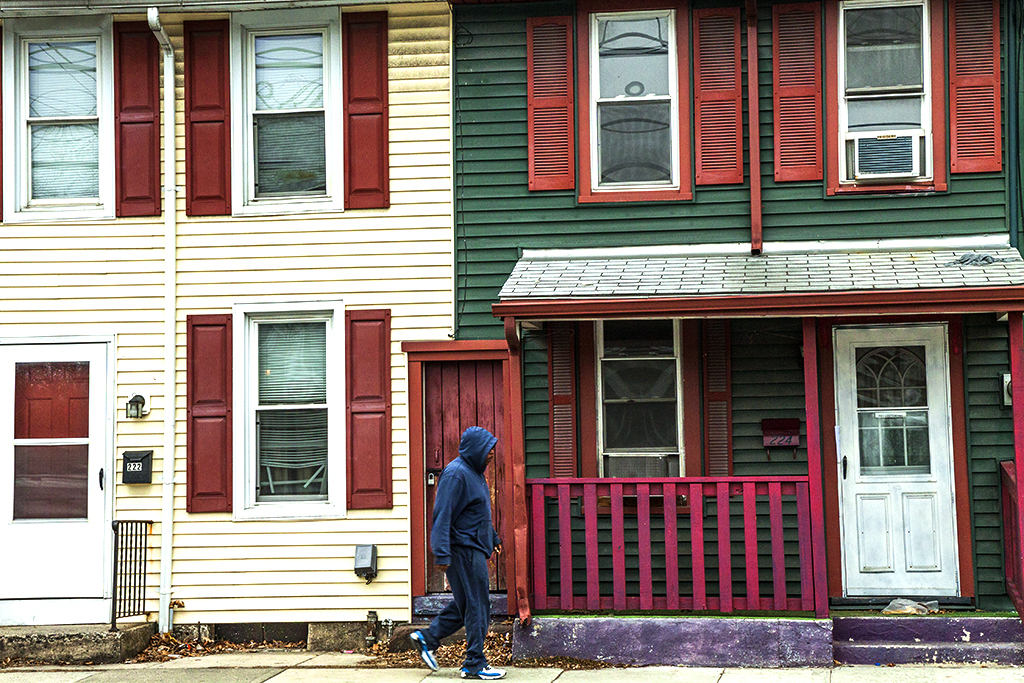 Above is North Carlisle. East Carlisle, though, is the worst part of town, I was told.

Brandon, an Alibis bartender in his late 20's, "Some people are calling it Carlem, as in Carlyle and Harlem."

"Oh, come'on, man, it's not that bad. I walked through it this morning. I mean, the houses are not as well kept, but compared to places like Camden or Gary, Indiana, it's nothing! You should see some parts of Philly."

"I wouldn't walk through there at night. Four or five years ago, a woman got shot."

With 27,396 people, Bella Vista/Southwark, my Philly neighborhood, has had 31 murders during the same period.

Email ThisBlogThis!Share to TwitterShare to FacebookShare to Pinterest
Labels: Carlisle