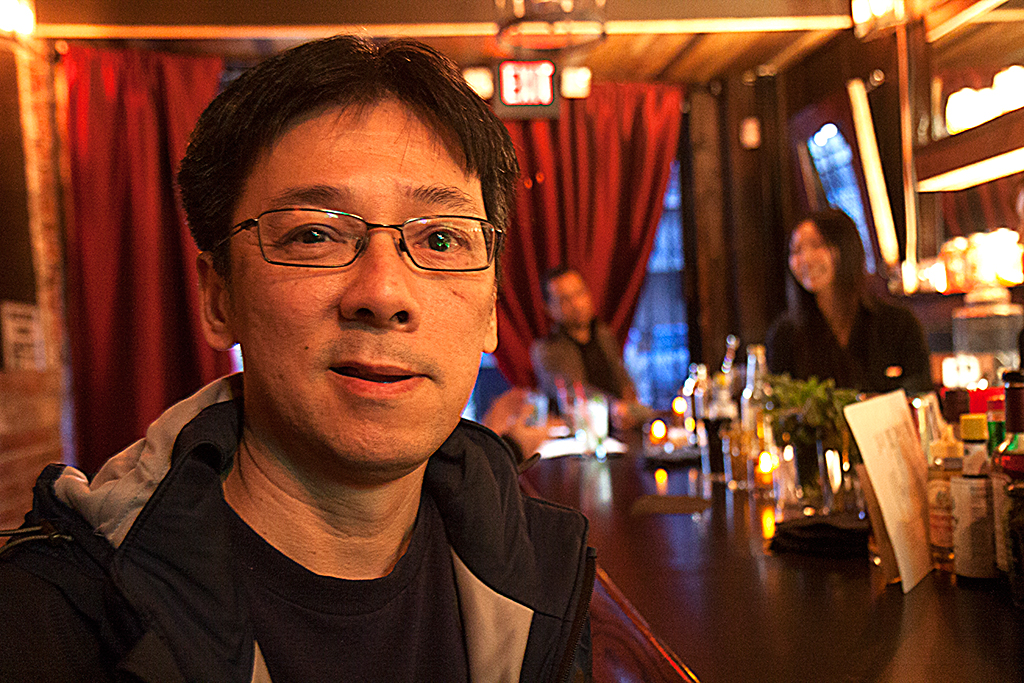 Lieu, co-owner of The Basement, a hip, happening new bar in the Tenderloin. Lieu and I went to the same high school in East San Jose, and he's roughly my age, 51 or so, although, with my white hair, I look like his granddad next to him. The Basement used to be occupied by Club 222, with the legendary Black Hawk jazz club next door. (It's now a parking lot). Musicians from Miles to Coltrane used Club 222 as a green room before they exited its back door to enter the Black Hawk.

At The Basement, all the beers are microbrews, with nothing under $5. Lieu doesn't want the Tenderloin's riffraff to wander in to order a can of Bud or Miller. "This neghborhood is moving up," he said.

"Ah, man, won't you miss people defecating on the sidewalks?"

"Get that shit out of here!"

This night, there was a comedy open mike. I asked Lieu if the poetry slam crowd had approached him.

"Yes, but I turned them down."

Man, that's a sure sign of a collapsing society! The two bartenders were young, pretty women, with one white, one Chinese. The Basement also has a hunky Swedish guy to attract the ladies.

There are a lot of Vietnamese in the Tenderloin, by the way, and my stepmother even had a restaurant here two decades ago. She made most of her money as a sports bookie, however.