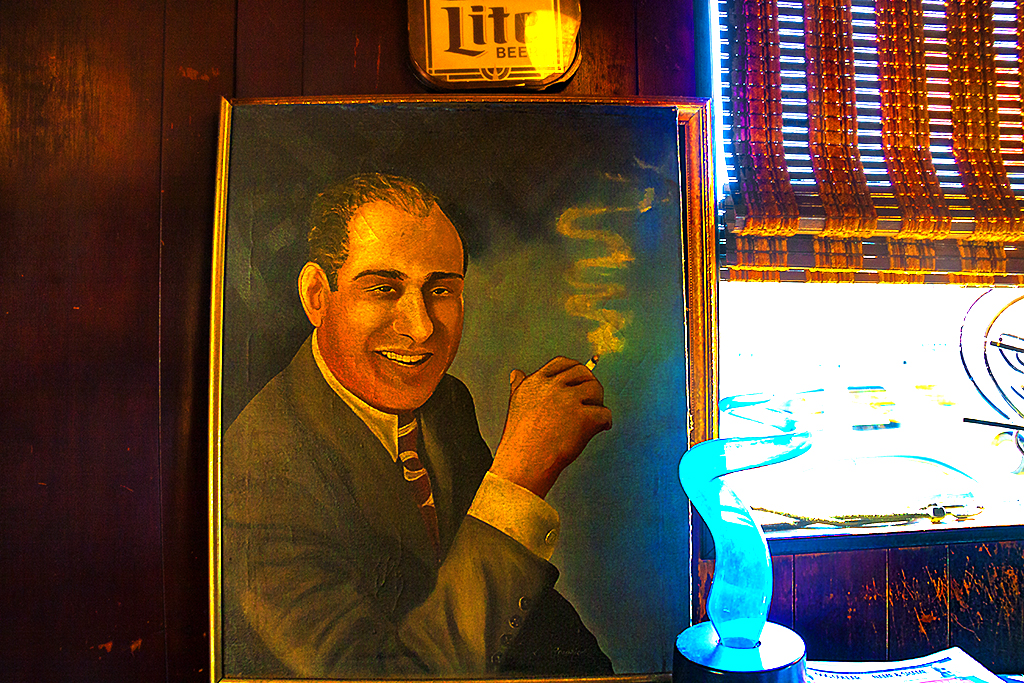 Portrait of John "Skinny Razor" DiTullio in Friendly Lounge. Just released Last Don Standing: The Secret Life of Mob Boss Ralph Natale calls Skinny Razor a “legendary local mob killer," and "if you were his enemy, [your] life would be considered shortened. 'We had more arms than an armory under the bar,' Natale recalled." Before becoming don, Natale bartended at Friendly.