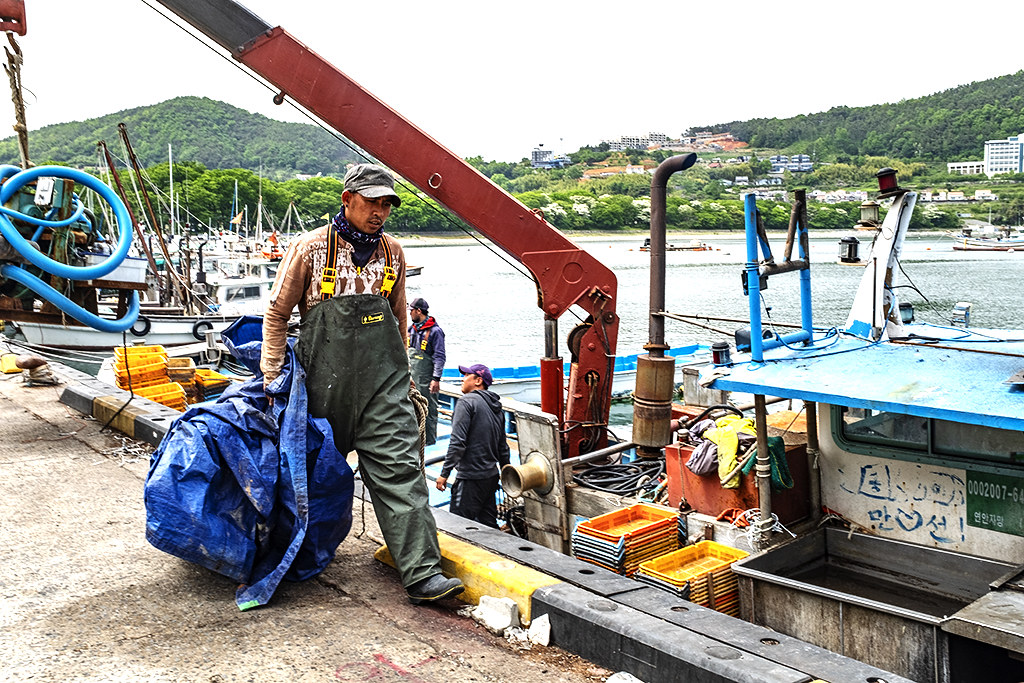 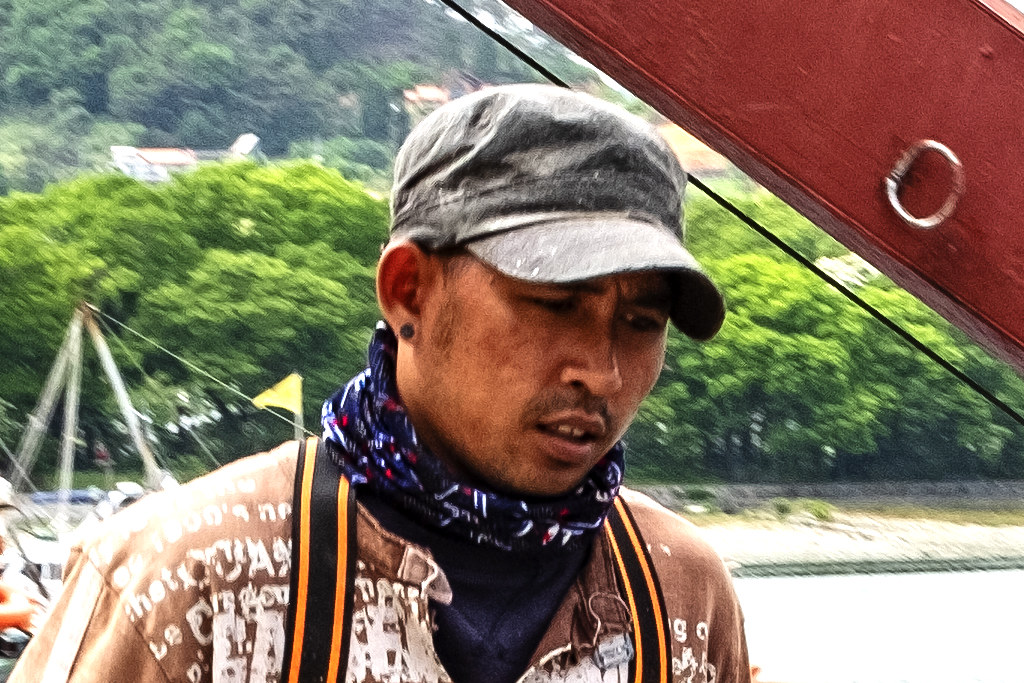 I saw two or three foreign fishermen, and I'm guessing this man is Indonesian. Bits of basic English were used by these foreign fishermen to communicate with each other, so they're not from the same country. Earlier in town, by chance I ran into two Vietnamese waitresses. One was talking on the phone to a Vietnamese fisherman, to help him out after he had dropped his phone into the ocean. "Don't use your phone while you're working!" she chastised him.

Vietnamese fishermen come to South Korea on a three-year contract, which can be renewed for 22 more months.

The waitress has been in Korea for 11 years, and speaks the language comfortably. Before arriving here, she had just one month of Korean language instruction in Vietnam. "I couldn't even say hello when I came." In Korea, she mostly taught herself, and has also explored her area, to learn more about the culture.

We talked about how obnoxious it is to see super ostentatious house gates in Vietnam, to flaunt one's wealth, but this habit is completely absent in South Korea. The lady, "Many of these rich Koreans live in such simple houses, you have no idea they're rich."

On the other hand, Koreans are quite addicted to name brands. Currently, hundreds are lining up outside Chanel stores every day to snatch up merchandises before an upcoming price hike. Fearing the spread of the coronavirus from so many bodies bunched together, the government is threatening to shut down Chanel stores.

Email ThisBlogThis!Share to TwitterShare to FacebookShare to Pinterest
Labels: Namhae