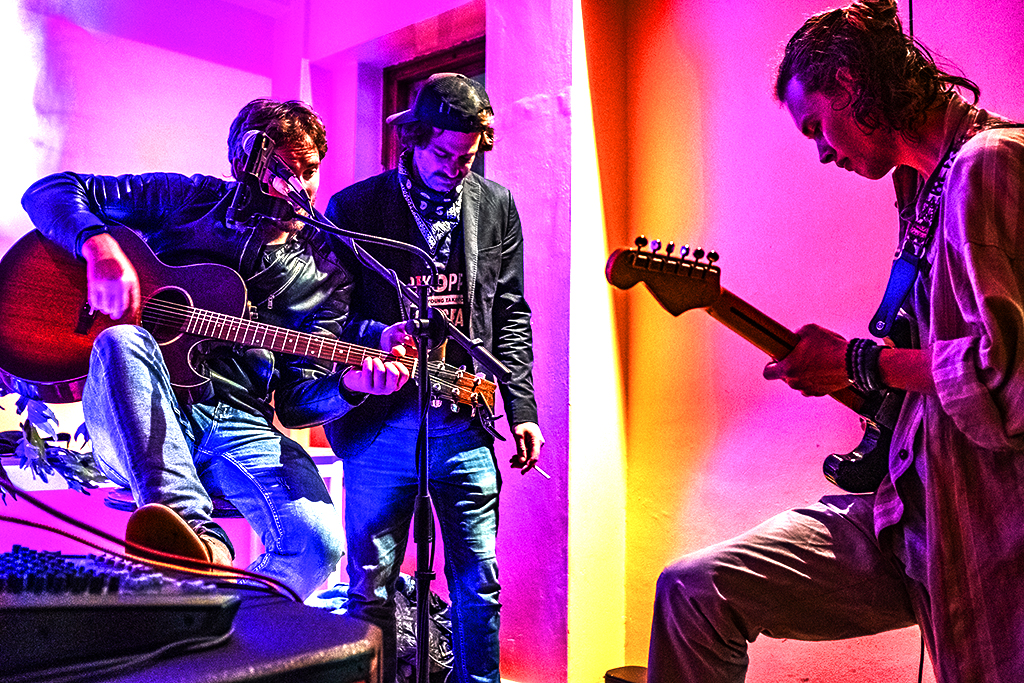 Sweeties Beer Hall on Long Street. Yesterday was open mike and braai [BBQ] night. Here, I met a German from Cologne, in South Africa to study law. I talked to the brother of Dominique Botha, the novelist. I also talked to a South African about to emigrate to the UK with his British wife. The recent riots were the final straw, he said. Plus, his career as a painter was at a dead end in South Africa. I also talked for a long time with his sister. In the UK for 11 years, the 34-year-old was only back in Cape Town to take care of her ill father. In December, she will return to London, where she's a pastry chef. We talked about Max Normal, the legendary Cape Town band. She knew them during her wild youth, when she also got quite a bit of attention as a graffiti artist. Max Normal would become internationally famous as Die Antwoord.

Interesting tidbits for sure.I'm a Die Antwoord fan. Not often one sees references,and always interesting when I do.