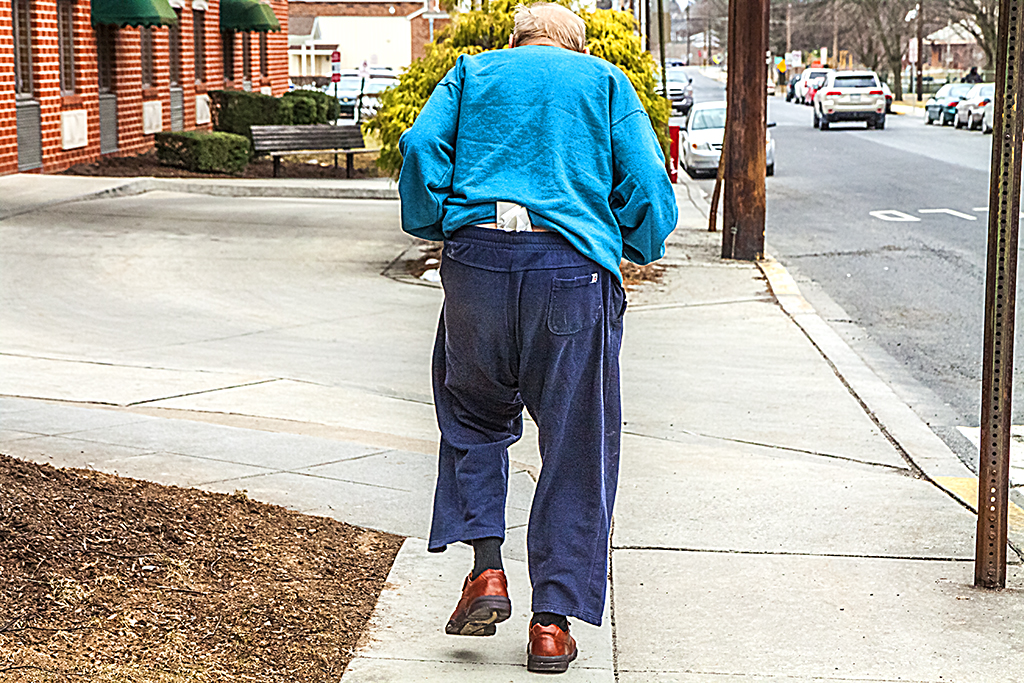 He was sitting on the curb outside the Sunoco gas station, begging. A black man gave him some change and I gave him a dollar. I tried to talk to him, but he wasn't all there. With his head down and coughing violently, he walked away.

Prior to my first school bus run,I was instructed to NEVER give a gift to a student, including those you might feel sorry for. Three weeks ago, I broke the Commandment.

On my bus is a black 6th grade student,who is being raised by white parents. Let's call him Charles?

On many occasions, during return trip home, Charles would cause mischief, and I had to re-seat him. On two occasions, his behavior turned bad, riotous contagion spread throughout bus, and Charles hit a kid. In such situations, the student gets formally "written-Up" and the case goes before school officials.

After Charles took a front seat, he was very angry, told me "I hate school... and I hate YOU!" I replied, "Can relate o that, Charles, I had problems is school too;" he simmered, and I let it go at that.

Afterward, upon conversation, I turned wiggy and recommended Charles only serve a 1-day suspension of bus riding privileges. That became the case.

Moments ago, my company dispatcher, a very good person called me on cell phone. She immediately cut-to-chase, asked, "Chuck, did you by any chance give a baseball glove and a box of baseball cards to Charles... you know you're not supposed to do that?"

I immediately "fell on Louisville Slugger sword" and fussed-up, "Yea, I did... felt sorry for Charles, he has an anger problem, and I wanted to relate, & let him know I'm not a Drill Sergeant."

Turned out that Charles's grandma works at the school, and she became upset that I gave the baseball glove and cards to Charles, and did not give anything to the other students. She turned me in! I chuckled a little and apologized to my dispatcher, and vowed to not cross the Giving Line again. Off-the-record, I explained how how I don't really have a "pot to piss in" and it will be "rather easy to stop all selective charitable acts."

She chuckled, said "O.K., Chuck but no more of this goodie-goodie stuff."

Seeing the comment on your having thoughtfully given a buck to the troubled Carlisle man, I thought you might be interested in hearing about a scene where kindness is frowned upon during academic Three R years, "Reading, Riting and Rithmetric." And I'll add a 4th disciplne, RETROGRADE. Thank you!

Chuck, I'm laughing now. I can't believe that you have to give to everybody or you can't give to anyone. Hahahah. I'm laughing but that is just sad.

Another quote, "Laughter makes life livable...," am glad to have given you one!

Charles' grandma is a mean-spirited piece of, I don't know, pseudo beef jerky or reconstituted chicken... She responded to your good heart with bureaucratic malice. What a, what a... Your kindness to Charles, though, is undoubtably meaningful to him, and it has already changed him, though to what degree, who knows? With such a miserable grandma, and with so much anger and hatred already, I don't see a very productive future for this kid. We can only hope he can become, somehow, a better and kinder human being.

Linh: The old bag's justification for ratting-out my kindness was to find out my MOTIVE. She told our dispatcher that the baseball glove was brand new and likewise the box of baseball cards.

I explained to my very sensible Dispatcher how both "allegations" were untrue... they were hand-me-downs from son Joseph, in GOOD shape.

Dispatcher replied, "O Chuck, well you know how crazy things are these days?"

"Yea, I know... the officials had to consider the worst, up to my looking for a date." She laughed, considered, and said, "Yup, you got it Chuck!"

Up until this morning, I considered going to one of Charles's Little League baseball games, show encouragement. He told me he pitches and hits the ball real good, but after this bizarre incident, I think its best I stay in the "dug-out," at home.

I tend to think the grandma might (?) have told Charles mine was a kind & innocent act, and maybe that made a good impression upon him. My view? Granny and Charles are normally suited for America's abnormal times.

Thanks for trying to make sense of this stupid fucking event, Linh. In general, everywhere, there's a REVERSAL going-on of the gospel story about helping someone on road and in need of help.