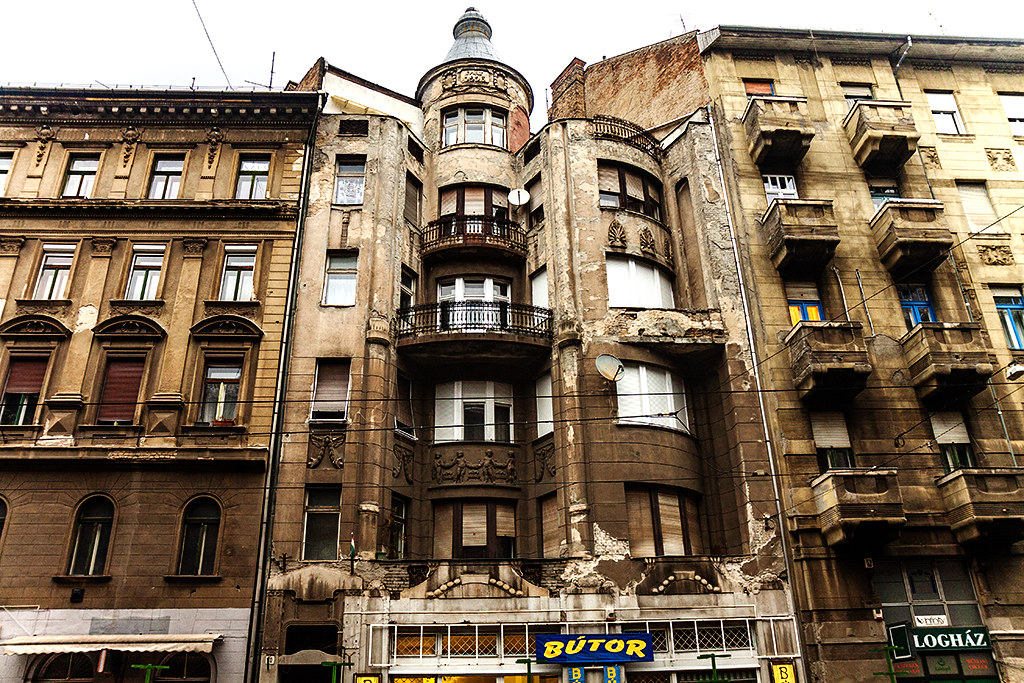 Much of Budapest looks like this. Once magnificent buildings in very sad shape. Nearly half a century of Communism wrecked Eastern Europe. Like Prague, Budapest is being restored, but at a much slower pace.

Email ThisBlogThis!Share to TwitterShare to FacebookShare to Pinterest
Labels: Budapest

Once again, this "Stalinist" is reporting in.

You can blame "communism" all you want, but countries like Hungary have had more than a quarter of a century to prove how successful they could become without the evil influence of Russia and its evil communist influence. Instead, even their capital cities look more dilapidated than ever before. And no, they are not getting better, they looked better in the 60's, 70's and early 80's. Nowadays they are slowly disintegrating, while building the disgusting cheap slum-like dwellings. The budgets are covering less and less the necessary infrastructural works that are required to keep these beautiful buildings in proper condition.

Don't forget that places like Moscow, Leningrad (St. Pete), Stalingrad, Warsaw, Berlin, Minsk, most of Ukraine and Western Russian were damaged to such a degree that no country in the Western world had seen for quite a while. The "unsucsessful and evil" communism regimes were able to rebuild these cities in a matter of years, meanwhile creating new houses for people to live in. When you visit Warsaw, please note when and how much of their historical part of the city was rebuilt.

When will you stop your hate for communism to cloud your judgement and admit these facts.

Budapest is the only huge tourist attraction in Hungary and the new and successful regime can't even keep its important historical buildings in proper condition. Ridiculous. 25 fucking years....

Also not all the homeless people, how is that for a successful transformation?

All of the better looking buildings in Budapest have been restored since their escape from Communism in 1991. The crumbling buildings haven't been maintained since World War II, through all those years of Communism. The visual evidence is right there, so that anyone who's not clouded by ideology, like yourself, can clearly see it. This pattern I've also seen in Leipzig, Halle and Prague. The best buildings have been restored recently. The worst buildings have been left over from Communist days. Communism wasn't just a human tragedy, it was an economic disaster. All of the Warsaw Pact countries were so disgusted by Communism, they're voting for right wing parties. This reaction has its good and bad sides.