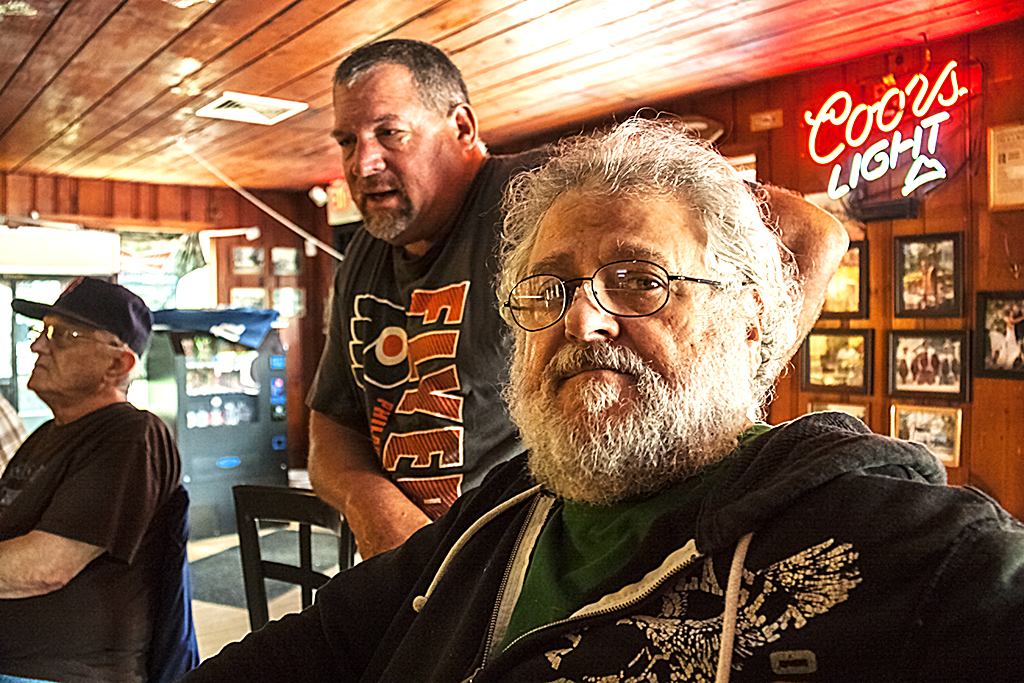 Felix Giordano at Billy Boy's. Man in Flyes shirt is owner and cook. Tuesday was $1 taco day but I missed the sign so ordered the $9.95 chicken fried steak, a favorite dish, and this version was very good. The mashed potato that came with it was excellent, but the cup of chicken soup was just OK. A pint of Rolling Rock was only $2.

Billy Boy's is not quite an hour from Philly, but it's an entirely different world. Hellish Camden is 45 minutes away.

The bartender was working a double shift, so that's 10:45AM to 12:15AM, though if it's slow, she could close at 11PM. I asked her if late night drinkers tend to tip more, being smashed, but she said, "No. They get so drunk, they forget to tip!"

I talked to a young cranberry farmer who's taking an online class to become a construction manager. The professor was inflexible and not helpful. The farmer thought he had been scammed, pretty much.

70-year-old Felix has been to the Pine Barrens since childhood. There were many more pig farmers then, but you can barely smell pig shit any more, regrettably.

On the drive over, we passed Olga's Diner as it was being dismantled. It had been an institution.