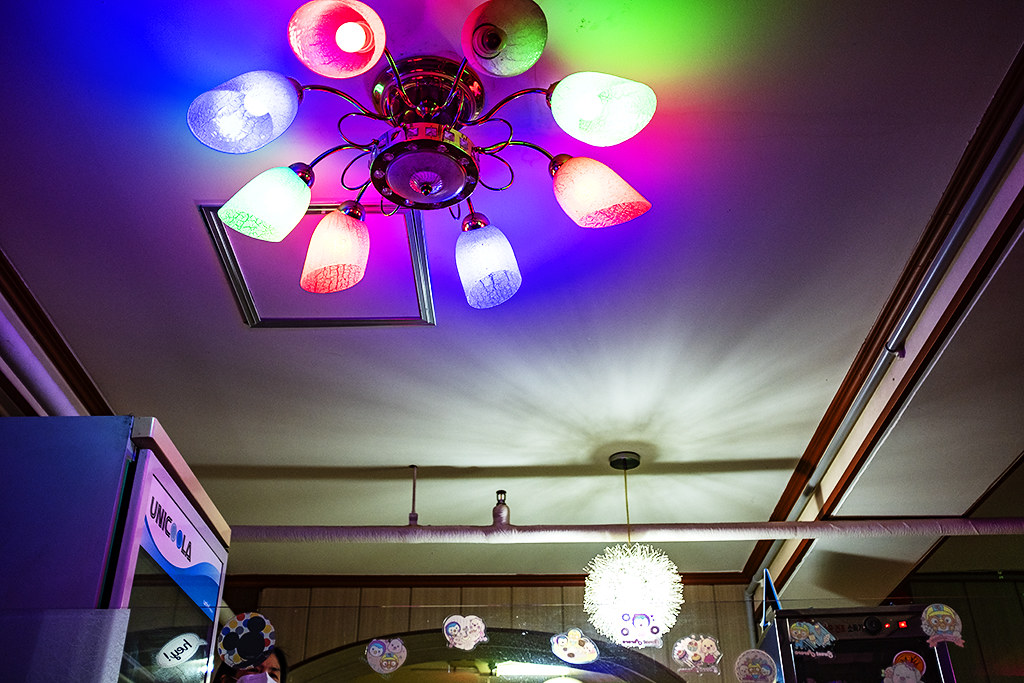 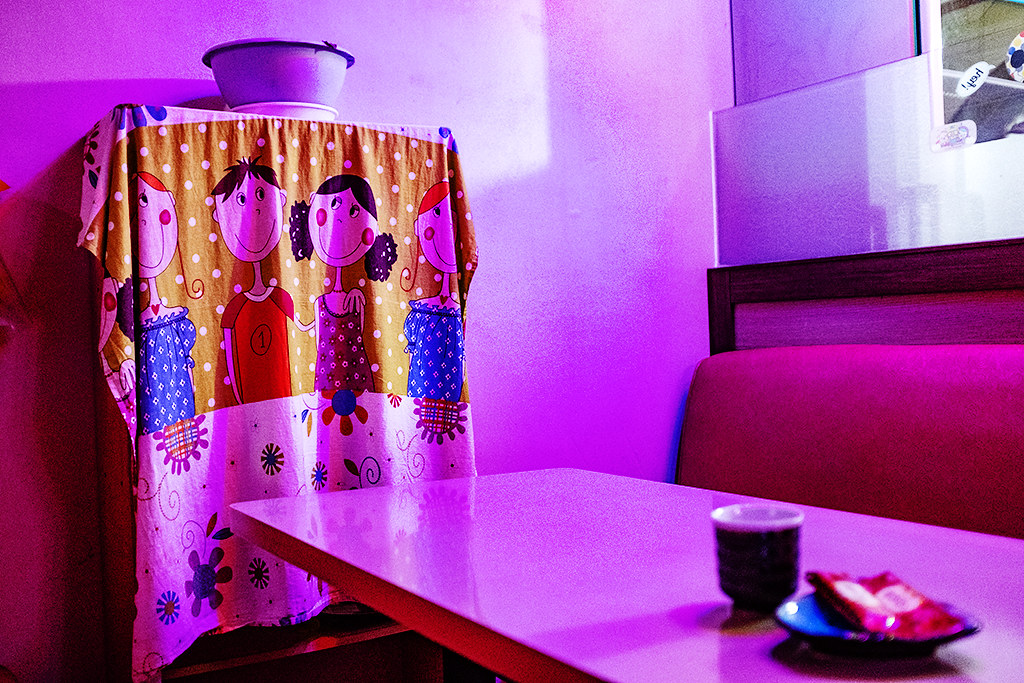 Too many cafes here are chains, and I try to avoid them, in favor of the mom and pops. I even have a frequent customer card from one tiny cafe in the subway concourse. After six cups, I get the seventh free.

Today in Namsan-dong, I saw an old guy walking down into a basement cafe. There was a sign with a cup of coffee on it. The writing, I couldn't read.

Halfway down, the old guy started to bang his cane on the iron railing, for the lady to come out to help him down. Thinking this had to be a pretty goofy place, with character, I decided to go down too, though I suspected it would not have wifi.

Entering, the place seemed too dark for a cafe, and there were all these semi private booths.

In Vietnam, there are cafes that provided sexual services, out back, but you'd know as soon as you walked in by the presence of several sexily dressed young women, just lounging around.

This Korean place, though, had just one middle-aged woman, the one who had assisted the old man.

I asked for a cappucino or a latte, but she didn't have them. "Americano?" she offered.

The term "Americano" comes from Italy. It means a large cup of weak coffee, to distinguish it from the stronger and finer Italian varieties, served in smaller cups. When I lived in Italy, I drank macchiati.

Before she gave me the Americano, she brought out a small glass of water and some biscuits, so I photographed them, in the setting of my booth, then I snapped the eight-pronged light fixture, with its red, green and blue lights.

Immediately, she indicated no, no! No photographs!

I put my camera away, and she went towards the back, where the old guy was. Every so often, though, she would reappear to indicate, with hand gestures, that I should not take photos. At one point, she sat right next to me, which was odd, and once, she brushed my cheek lightly with her hand, and another time, glancingly touched my thigh.

I thought, Is this some weird sex cafe for old guys, or any guys, really, who are into mature ladies?. Is she back there to handle the old guy or grant him some softness? I listened for any revealing sounds, above the TV babble.

I wondered how much the lame assed cup of Americano was going to cost me? If it's that kind of a place, prices would be jacked. On the other hand, I hadn't receive any special service, nor would I want it. It's best to get the hell out of here, I decided, so I paid up, and it was reasonable. She held up three fingers.

I walked back up into the sunshine.

I took photos of a bunch of love motels, in Gyeongju especially. And yes, there are hostess bars all over.