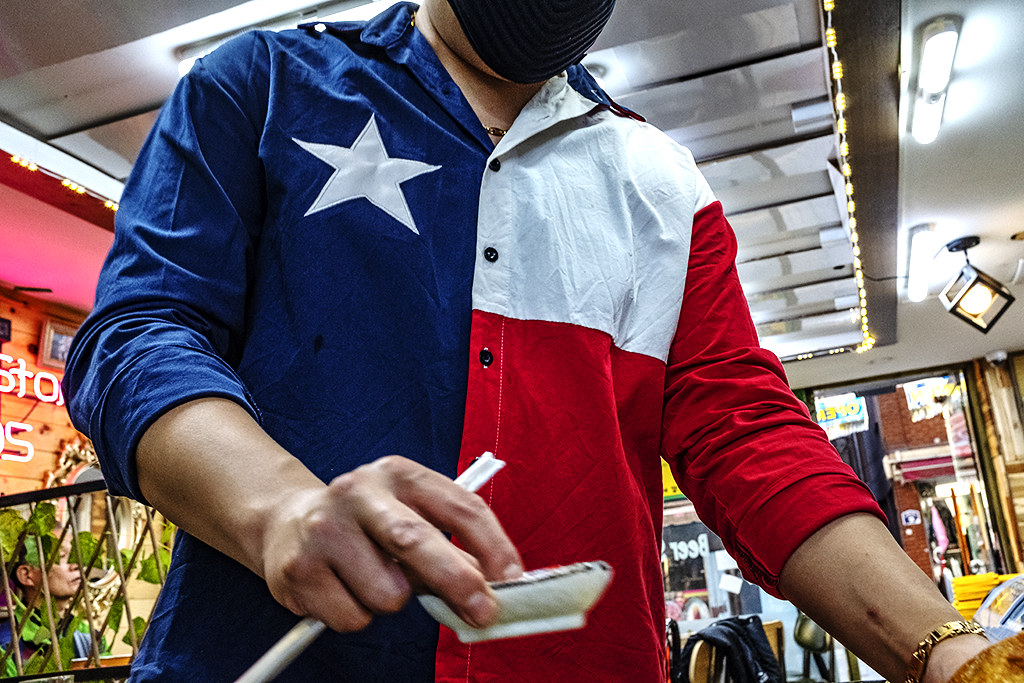 Waiter at chicken and beer joint in the Texas Street area, in Choryang-dong. It was good enough, and cheap. I had an entire fried chicken, that's what they do here, and a Terra draft for just $7.13 altogether. Koreans drink lots of beer, the most among Orientals, but their popular brands, Cass, Terra and Hite, are just OK. They're better than Bud or Miller, which isn't saying much, but not even as good as Tiger or even Tsing Tao, and much, much inferior to Beerlao. My beer drinking nirvana was when I lived for five months in Leipzig, Germany. The local cheap beer was Ur-Krostitzer, and it was just fantastic.

Sorry the beer sucks there, but it can't be worse than Costa Rica. I'm surprised your buddy who lives in CR hasn't switched to guaro, the local fire water. (I enjoyed his last commentary btw. I lived in Costa Rica for five years and kind of went all Tico during my time there.) Thanks so much for your photos and writing Linh, sorry I'm not in a position to shoot some $$ your way. Someday . .

Soju is the Korean firewater, and it only costs $2.87. I'm not a fan of any clear liquor, so soju is not for me, but I've tried it, and it has given me two nasty hangovers already.