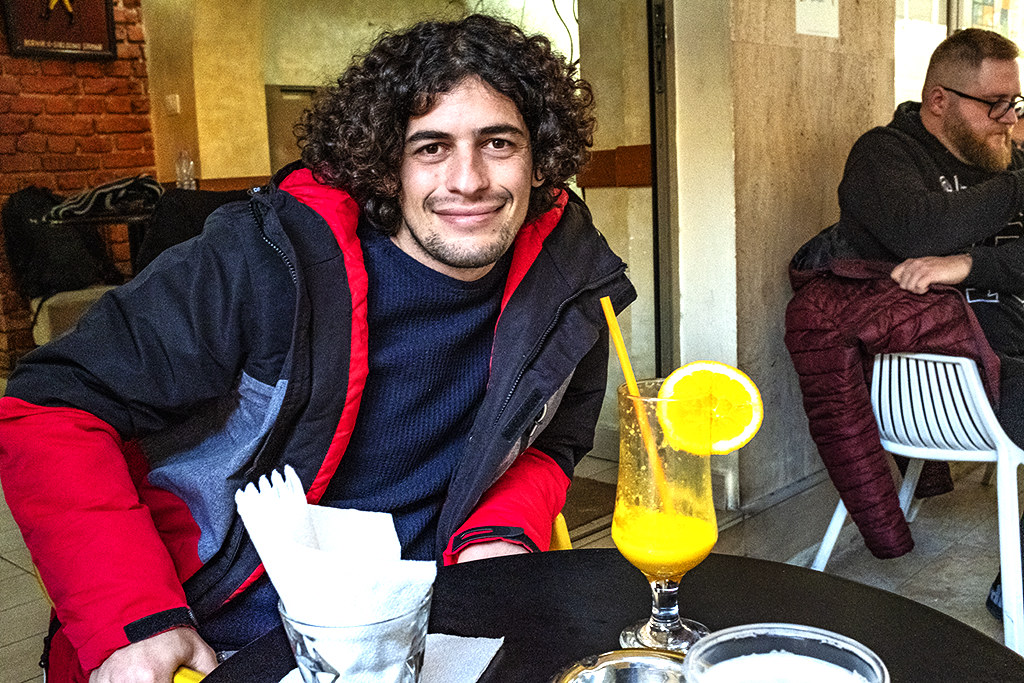 Checking out used books on a sidewalk, I talked to a young man who turned out to be a popular travel vlogger here. Twenty-eight-year-old Juli has also published a book on budget traveling. With a population of just 3 million, the market here is too small to make any money with such a book, and it's also very hard to get around with an Albanian passport. Despite all this, Juli has gotten as far as Indonesia and Malaysia.

In Italy for just two months, Juli could converse in Italian, and he managed to speak Polish after just three months in Poland. As we chattered at a cafe, I was astounded at how fluent and natural his self-taught English was. Truly remarkable with languages, Juli also speaks Greek.

Juli has walked the length of Albania, and is constantly invited by Albanians from all over to stay with them. Since he has been featured several times on television, strangers often stop Juli on the street to shake his hand.

Juli had just gotten to Kuala Lumpur when the Covid crisis erupted, so he was quarantined inside his hostel. After travelers from more prestigious countries such as the US, UK and France were evacuated, there were only Juli and people from Egypt, Morocco, Syria, Algeria and South Sudan left in the damn hostel!

Email ThisBlogThis!Share to TwitterShare to FacebookShare to Pinterest
Labels: Tirana