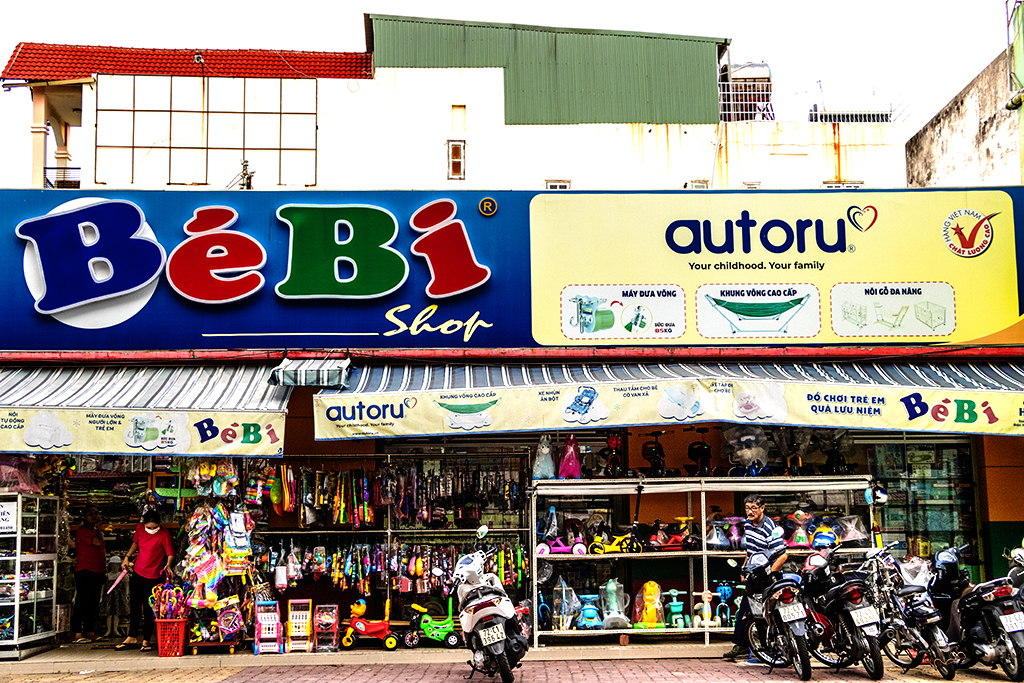 Let's see here, we have "Bé Bi," which is derived from the English "Baby," though "bé" already means "small" or "little one" in Vietnamese. Also, "Bi" is a common nickname for kids, so Bé Bi can just be Little Bi. There's "autoru," which combines the English "auto" with the Vietnamese "ru." Ru means to put a baby to sleep with a lullaby. Autoru is a machine that rocks one's hammock, a retarded concept, really, though people are buying it. Autoru's motto is in English, "Your childhood. Your family." Since babies don't buy anything, this makes no sense. It should be "Your babies. Your family." Finally, there's "Shop," which has become fairly ubiquitous in Vietnam. It sounds cooler, apparently, than the native "Tiệm."