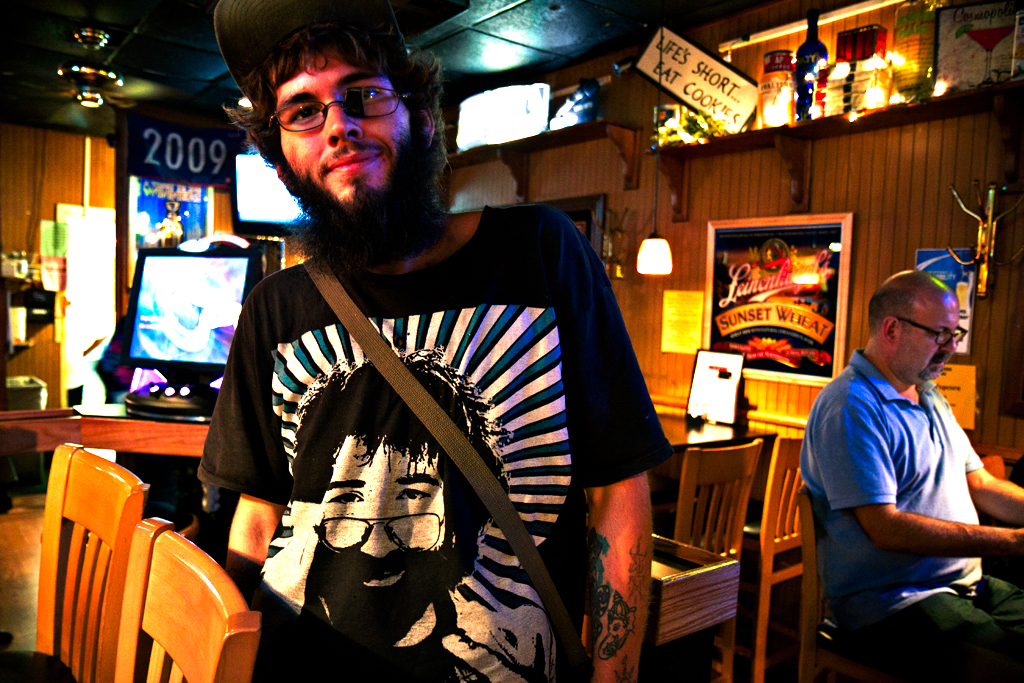 Harvey from South Carolina. Wanting to hear his story, I offered to buy him beer, but he said he didn't drink, period, so I bought him a cup of coffee instead.

Harvey's been on the road/streets for two years. Hung out at Occupy San Francisco, where he saw too much drug use, he said, hard drugs. Harvey told me about Occupy corruption, of people pocketing money and a lawsuit, which I haven't heard about but will look into. It's inevitable, I guess, when there's lots of money floating around, even if the movement is primarily a protest against corruption and looting. Harvey told me a woman panhandling will bring in at least four times a man, easy, often ten times more. "A white woman?" I asked.

"I think black women too, because there was a black woman who was yelling at us for encroaching on her turf. She said she was making $60 a day."

"I don't know, but you're probably right."

Harvey and his girlfriend, Liza, have managed to make over $200 a day panhandling, in NYC and Daly City, but not Philly. At night, they sleep outside Macy's.

"Have you ever been robbed?"

"No, I have never been robbed while on the streets."

When Harvey's parents died three years ago, they left him a condemned house and a piece-of-shit car. Harvey has sold the house to a friend for $70,000, but the money, $500 a month, won't start to come in until this January. Paying only taxes and utilities, this friend has lived in the house for the last 2 1/2 years.

"Man, you gave this guy a really great deal!"

"Yeah, but he kind of saved my life. Three years ago, this girl cheated on me, and I was going to kill the guy, shoot him, but my friend talked me out of it."

"Man, I grew up surrounded by guns! This guy knew me, so he had sex with my girlfriend mostly to fuck with me, but if I had shot him, I would be in jail for 20 years to life."

Tomorrow, Harvey and Liza will hitchhike to Colorado to catch a Dead show. Then they'll go to Oregon to grow and sell pot. They have friends there.