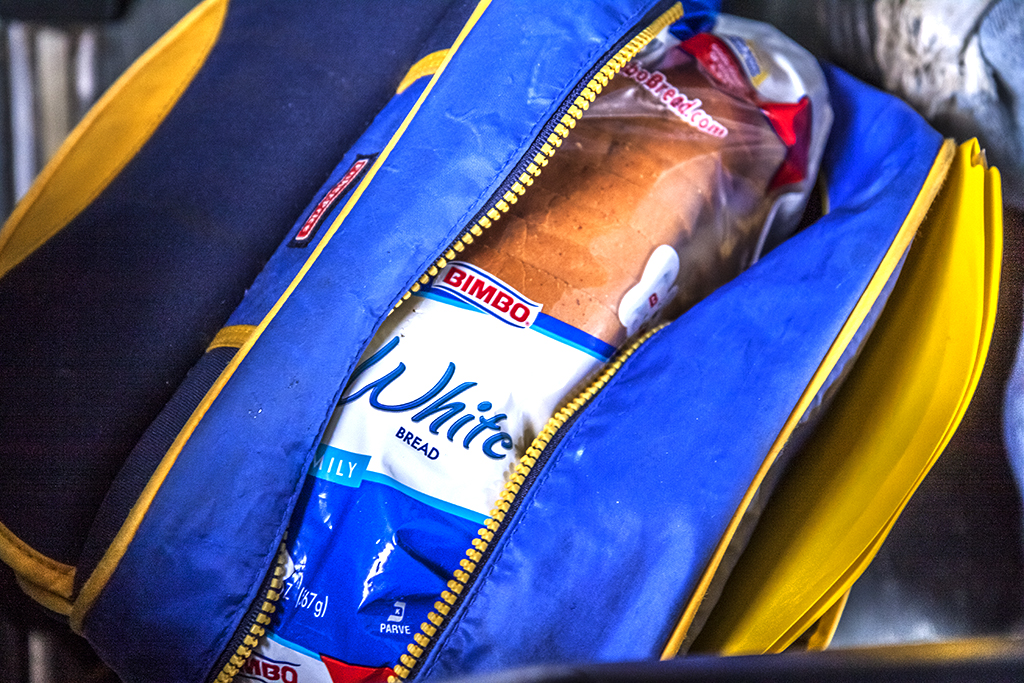 From Denver to Salt Lake City, I observed this one man in his late 30's. At each rest stop, he never bought any food. but only smoked. From Denver to Granby, CO, he was my seatmate, and that's why I was able to photograph this loaf of white bread. He said he was from outside Tulsa, and traveling to Boise, where he had a sister. Sister and brother would then drive to Vegas, where they could blow at least part of the sister's $4,000 tax return, "We won't gamble much, maybe just $30 or $40 at a time." Fun over, they'd head to Bakersfield, CA, to see relatives. He would be away from home three weeks. Now, any man who could be gone that long was likely unemployed, and broke too, as Bimbo was all he had to chew on for two days.

Email ThisBlogThis!Share to TwitterShare to FacebookShare to Pinterest
Labels: Colorado