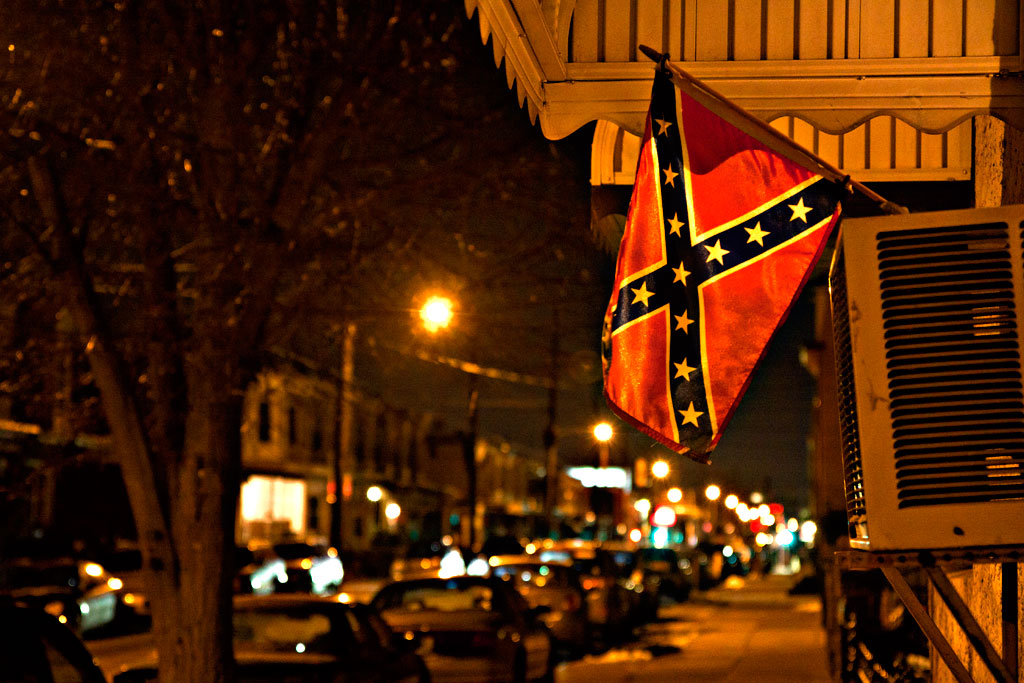 Bridesburg. I'm hoping to have a Postcard about this neighborhood up by Monday. A little preview, "One of the oldest white settlements in the Philadelphia area, this bend in the river was populated by Swedes, Germans then Poles, who came in the early 20th century to work in the tannery. It was shit work, literally, for dog shit was used to cure hides. Rohm and Hass and AlliedSignal, two chemical companies, then moved in to add cancers and birth defects to the stomach turning aroma. In fact, for several years Bridesburg was ranked as the most toxic zip code in all of Pennsylvania. Locals could also make bullets or forge steel for a living."

Linh: Yikes, a Confederate flag! Whew... glad you "saw something... snapped it."

Is the inhabitant(s) unaware slavery is repackaged as a "job" & his/her owners are very wealthy?

Like the pissed-off Texas G.O.P. Gov., are they interested in seceding from the broken State of the Union?

Flag was put up in 1996 to greet the second black person to move into the neighborhood. (She only lasted five weeks.) Flag hasn't been taken down since.

Pennsylvania is the most Confederate state in the North.