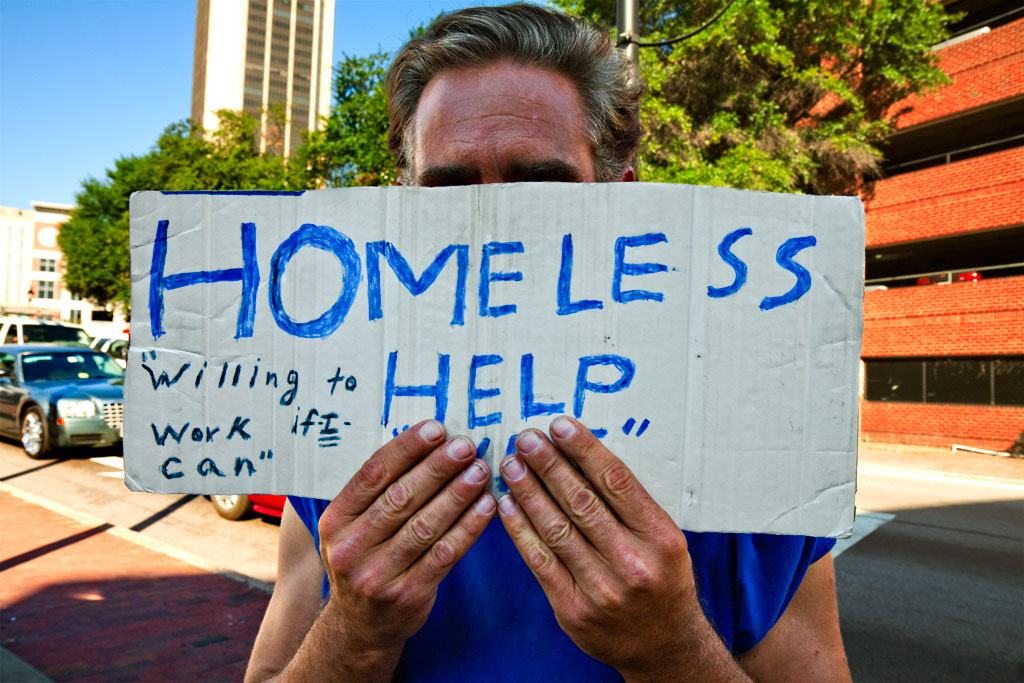 Vincent grew up in Syracuse, then studied at Penn State. Divorced, with children 22, 16 and 12 years old. Worked as a registered nurse most of his life. Last job was as a waiter at Red Lobster. Business was bad, so they cut his hours, then let him go. He took out a title loan, then lost his car, then apartment. Vincent's been homeless six weeks. His oldest kid is in college, the two younger ones were living with him, until everything fell apart and they had to go to their mom. He divorced because his wife cheated on him. She remarried, and is working for a defense contractor. "She tries to tear people apart," I chuckled, "while you try to put them back together." "I was always the more nurturing one," Vincent said grimly. "If we were going out, I was the one to ask if the kids had their gloves." Then, "It was deeply humiliating for me to let them go live with their mom." Then, "She was never meant to be a mom."

The day before, a homeless man washing his clothes by the river was assaulted with a 2 x 4. He was struck on the side of the face, near the eye, but his eye socket was not damaged. "Another homeless guy?" I asked Vincent. "My friend couldn't tell. Tall, skinny black guy. He came to me because he knew I was a nurse. I told him it will heal eventually. He didn't want to go to the hospital because he's illegal. He's Mexican."

The people who treated him the best, Vincent said, were black women. Soon as he finished his sentence, a young black woman walked up and gave him an apple.

Email ThisBlogThis!Share to TwitterShare to FacebookShare to Pinterest
Labels: Richmond