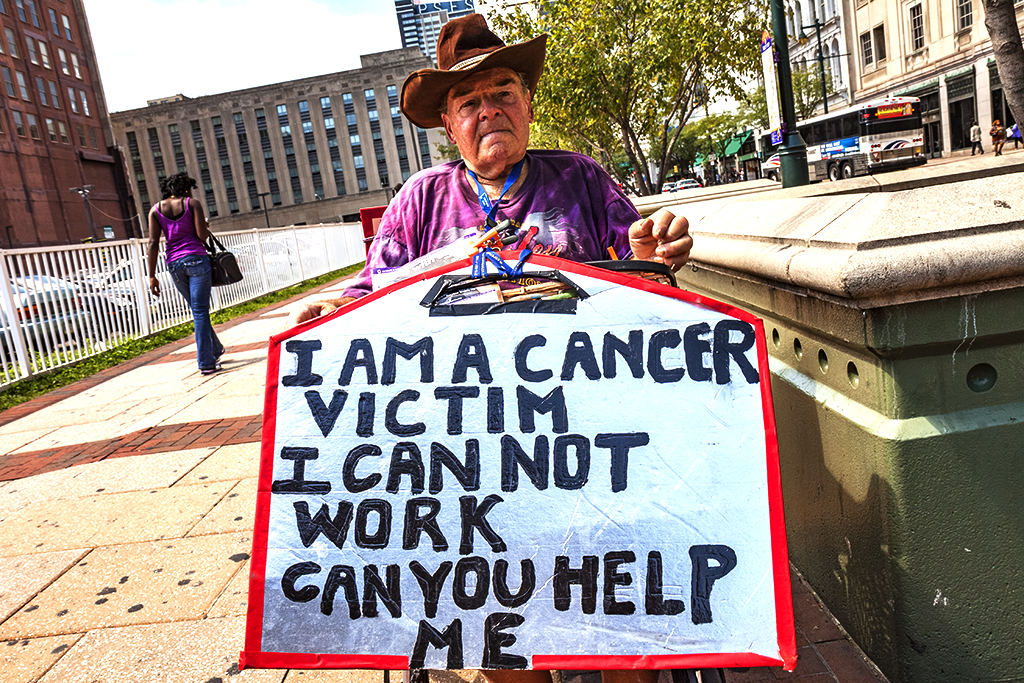 Jimbo of Kensington. He wouldn't tell me his exact age, only that he was over 70. Unlike many of his friends and relatives, he didn't enlist during the Korean War because he saw it as a war profiteering scheme. Jimbo had worked at a factory making vent windows for Ford trucks, had a vending business selling pretzels, among other stuff, had washed windows, like me, making a few bucks per job. Stopped drinking six years ago after his prostate operation.

Jimbo talked about how the banks were ruining the country, about the IMF, about FDR's foreknowledge of the Pearl Harbor attack and how the US had grabbed Midway Island in anticipation of this attack.

When he found out I was a writer, Jimbo said, "You write a lot, I read a lot."

Also, "Many of my neighbors in Kensington get a government check at the beginning of each month, then a week later, they're broke. You should go up there and see how it is."

"You'll see how bad it is, the drug dealing."

"Yes, that too. When people are broke, they'll do anything. There used to be so many factories up there, but they're all gone."