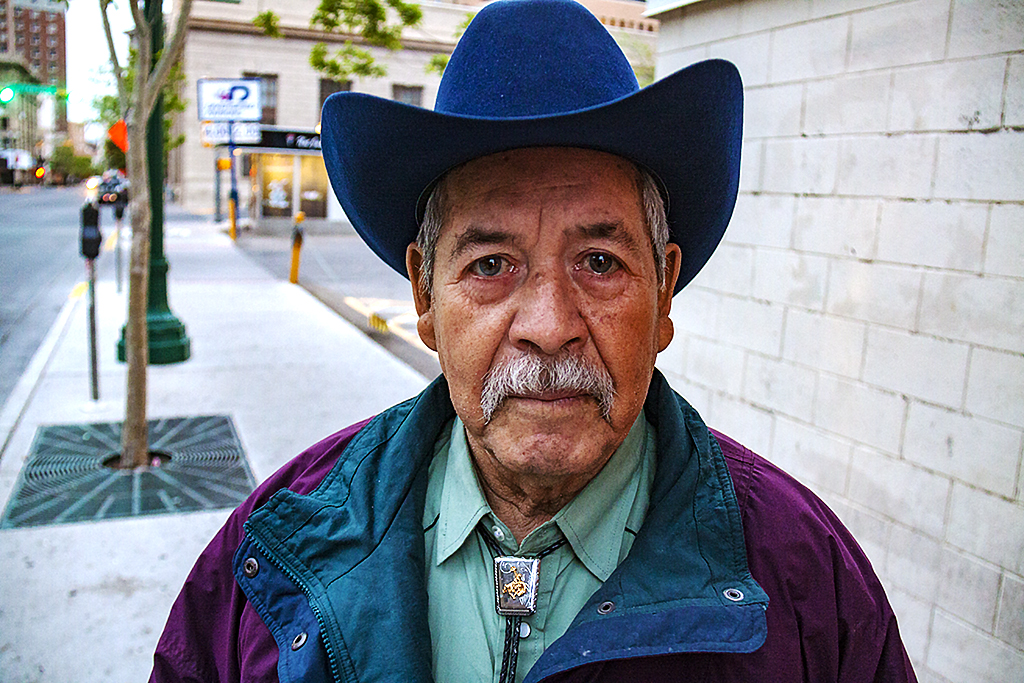 Denizen of the famously haunted, one-hundred-year-old De Soto Hotel, this man is the reincarnation of Pancho Villa, he said. A loan shark and witch doctor put a curse on him when he called the cops to report on this other man's drug dealing, but the cops had been paid off, so they threatened him, Pancho Villa, instead. Keep your mouth shut or we'll lock you up! The loan shark/witch doctor/drug dealer then caused a tumor to appear in his right foot, but Pancho found another witch doctor to cure him, so that had been solved. In any case, he had more important stuff to deal with. He had a plan, he said. He will take all the money from the United States government and give it to people who actually deserve it. He will bring all the Japanese to the US, to make up for them being destroyed during WWII. The US paid 37 countries to bully Japan, General Villa said. He will also bring Vietnamese to the US and Chihuahua, and ship all Americans to Africa. When I said that I was Vietnamese, he asked, Why did all these big countries mess with Vietnam all those years? Why did China stay for 20 years? Russia for 20 years? And the US for 20 years? I had to help him, he said, and he didn't mean anything small or stupid. He meant I had to help him get even with that loan shark/witch doctor/drug dealer, and to fix what's wrong with the world.