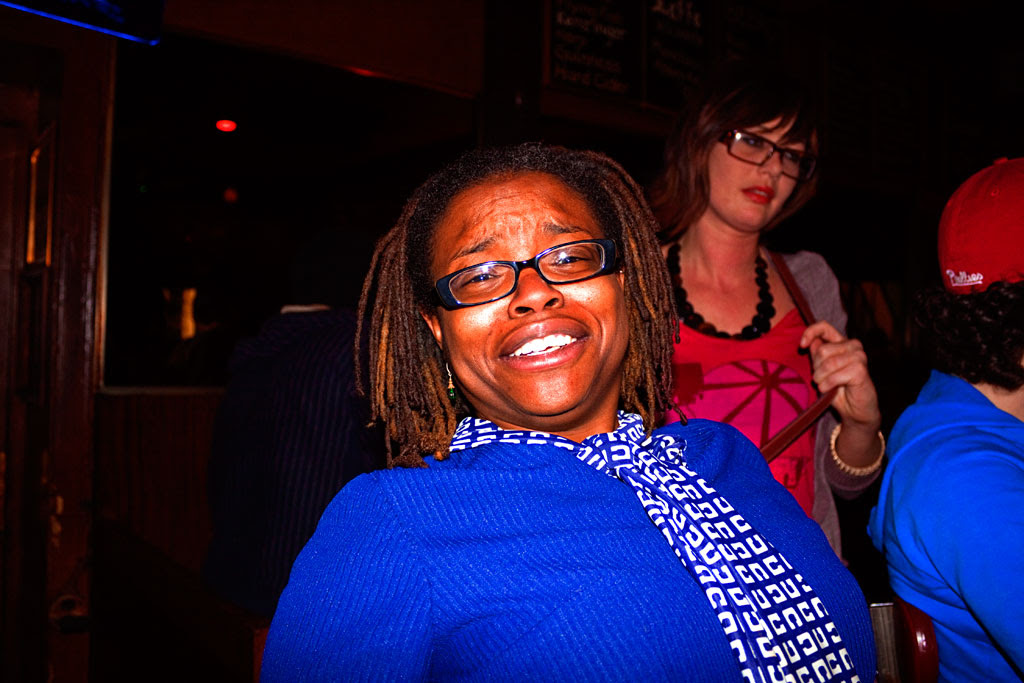 I took this in May of 2009, but never posted it here. This is what I wrote about Alia, "Alia Burton, a native Philadelphian from Germantown, has been a daytime bartender at McGlinchey's for three years. Business is down, she said, by about a third. People who used to come in each day, she sees maybe once a month now. There's nothing positive about this economic crisis. She is cutting back, eating out less, for example, but she still goes to Amsterdam each year. Been there four times. The government should legalize weed, she said, since it is less harmful than alcohol, and would bring tax income. She likes how walkable and bikable Amsterdam is. Alia has also lived in Denmark for two years, where she worked on a farm and learnt how to speak Danish."

I was 18 when I went into this crappy bar for the first time, in 1982. A draft of Rolling Rock was only 50 cents then. Over the years, I've mentioned McGlinchey's in poems, at least one story, and several articles.