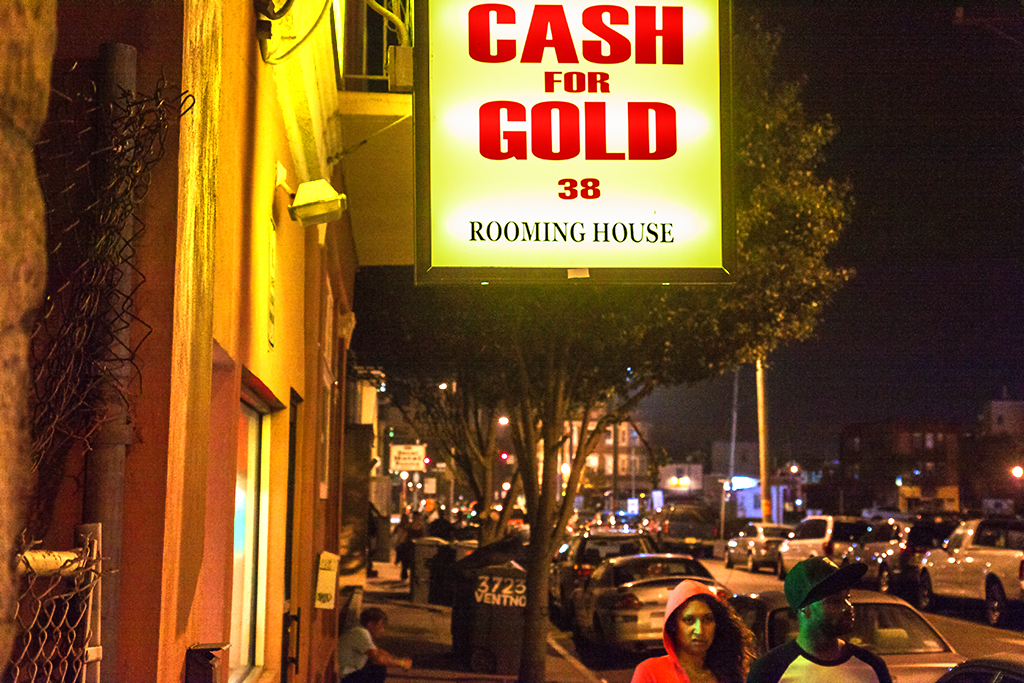 It took me maybe a minute to get this shot right, and when I was done, the guy sitting on a low step said, "You shouldn't be taking your camera out around here, man. Those people were saying they wanted to smash it!"

Dude chuckled, "Yeah, you're right. They think they're gangsters, but they're just pranksters!"

Bill Bringhurst was his name, and he was in Atlantic City to sell programs at the Miss America Competition, with events happening all week leading up to the televised finale on Sunday. He said it wasn't unusual for him to make $250, just selling programs at an event, and he had worked Eagles and Phillies games, and concerts. "Beyonce wanted me to go on tour with her, so I could sell her programs."

He said his family arrived in the "1400's," and were among the first settlers of Germantown in Philadelphia. Well, Columbus reached the Americas in 1492, and Germantown wasn't founded until 1681, but maybe the Bringhursts were kidnapped by Martians, then dumped in Pennsylvania a couple hundred years earlier. Anything is possible.

Later, a young, snub nosed girl asked me, "You have a cigarette?"

"You have fifty cents?"

"You don't have fifty cents?!" And her open mouth, green eyes and pretty snub nose beamed, fully, incredulity and disgust at my apologetic configuration, standing there in the half dark.

"Sorry, but I'm really broke," and I was really down to two pennies. I'd have loved to help her get a donut or a beef jerky, but I had already spent too much that day, what with the train fare to Atlantic City, a corner store hoagie for both lunch and dinner, and cheap beer at Flanigan's, where I managed to meet a couple of locals. Had I more cash, I would have offered her (up to) $10 bucks to tell me her story, and she might say, "Fuck off," or, more likely, give me 20 minutes of her time.