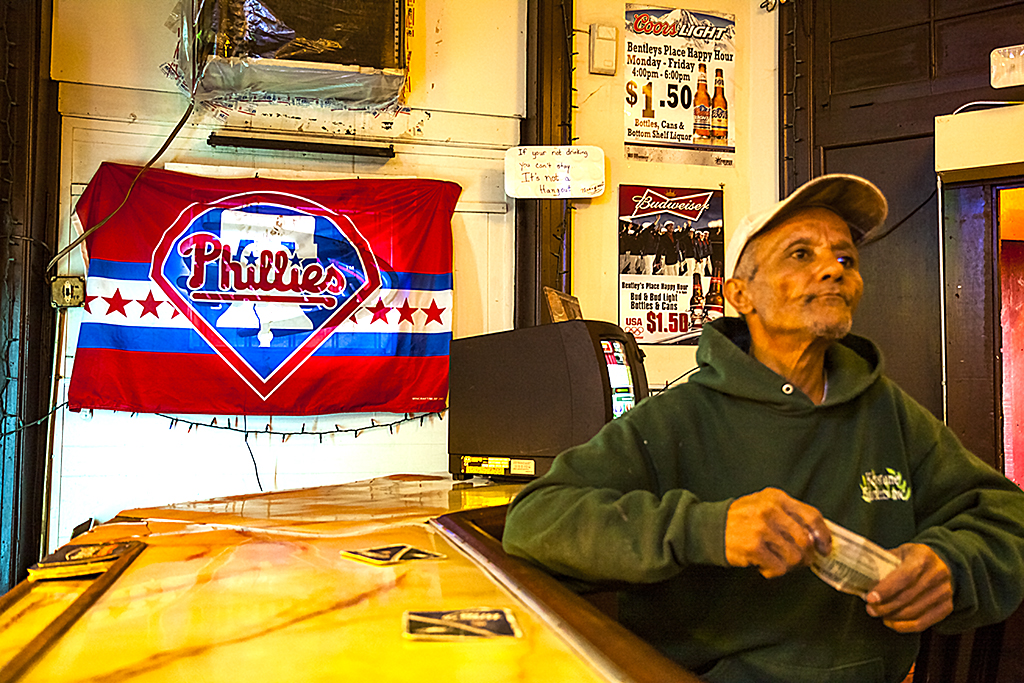 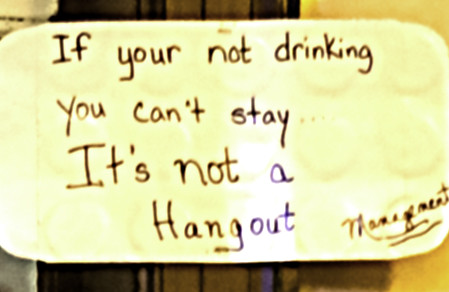 Ralph, 57, came to the States when he was 17 from Puerto Rico. Before settling in Philly, he lived in Camden. A construction worker, he used to make $200-300 a day, but is now barely getting by. He drank exactly two beers, at $1.50 a pop, then went home, though it was Friday, "It's all I can afford now!" Today, while putting up dry walls, he heard four or five shots coming from the direction of a bodega at Indiana and D, and when I got home to check, there was, sure enough, a story about it in the news. Two men had been shot two blocks from Bentley's Place, the Kensington bar in this photo.

Ralph has three kids, aged 43, 34 and 14, from two different women, which means he was only 13 when he got the first woman pregnant. He's in touch with all of his children, and his 34-year-old son is in fact living with him.

The mother of his last child got shot six times 13 years ago, but miraculously survived, "I saw her in the hospital, and they got her cut up from her pussy to her neck, and her thigh also. They had all these clamps on her. She stayed in the hospital for nearly a year, and when she got out, she was walking like this," and he dipped a shoulder and contorted his body, "but now she's all fine, like nothing ever happened!"

Ralph said the economy is so bad, you can get a blow job for only 3 bucks on Kensington Avenue.