How long have you lived overseas?

What made you decide to leave the US?

I decided to leave the US because I liked Mexico, life is a lot less stressful in MX, better weather, and it's a lot less expensive, not to mention that people in Mexico are much friendlier than most people in the US.

What do you miss about not being in the US?

I miss the parks and libraries in the US, not much else. Shopping in MX has improved a lot in recent years, you can get most things here.

What are the challenges of living where you are as a foreigner?

Challenges of living here were mostly minor, like learning Spanish, finding a good apartment, learning the ins and outs of local life, dealing with local bureaucracy.

What are some of the pleasant surprises you've encountered in your new home?

Pleasant surprises include cheap health care, low priced services in general, and being able to form nice friendships with people I never could have met in the US, both Mexicans and people from the US.

What are some of the unanticipated problems?

Unanticipated problems include the need to be careful about restaurants (in southern MX, not really an issue further north), a lot of strikes by local groups, some blockades of streets, but this is only an issue in southern Mexico, not further north in MX.

What are some advices you have for Americans who also want to get out?

You can probably live on less money in a foreign country than in the US, unless you choose a country in Europe. The US dollar is strong now, so it goes a long way in many countries. Health care is less expensive in every other country than it is in the US, some countries require you to buy a health insurance policy as a foreign resident, in others it's cheap enough to just pay cash when you get sick.

You should consider renting for a year or two overseas before you buy a property. It's easy to rent in many countries. You might also consider living without a car for a while. Public transit in many medium income countries is good, and you can usually get by fine with buses, taxis, walking short distances.

If you're too young to retire and/or lack the funds, consider teaching English overseas, it's a good way to get a residency visa and make a living, depending on the country. Most countries require a university degree in anything to teach, but some don't.

Finally, don't be afraid, don't think that it's so dangerous outside of the US. Even Mexico is about 90% peaceful, most other countries are even more so. You might consider living in a middle-income country: cost of living is often moderate, services are often good. Poor countries can be hard to live in, rich countries too expensive.

Some web sites offer good info, but a lot of stuff on the internet is dated or inaccurate. Do your own research. 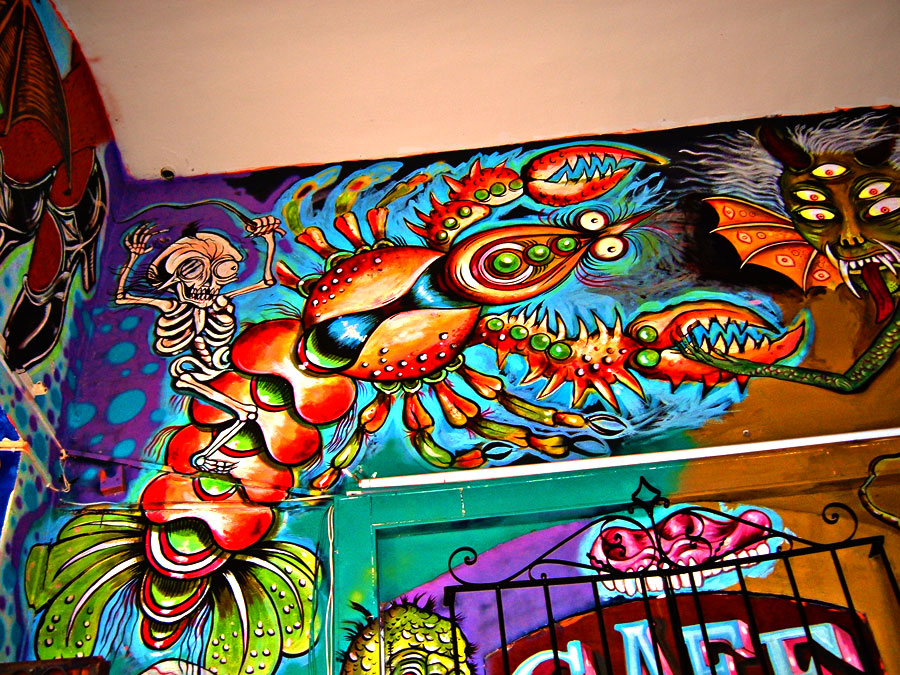 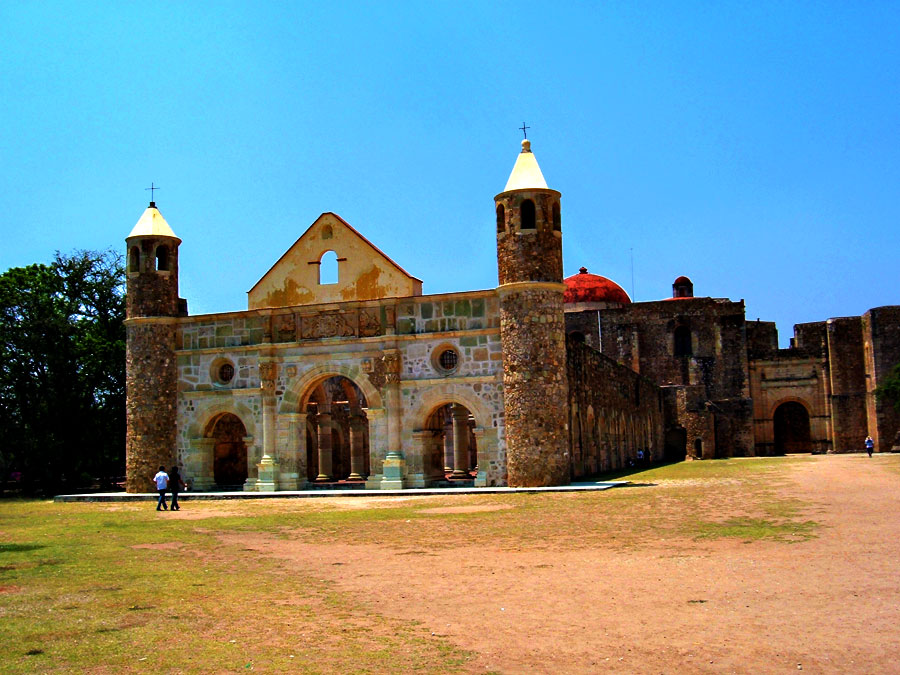 Brent, "The second photo is the unfinished church in Cuilapam.

Your web site is one of the best, if not the best, on the internet. You write a lot about homeless and poor people in the US--there are lots of poor people in Oaxaca, but very few outright homeless, as poor as it is here. Families here are kind of like communes, good fortune is shared with less fortunate members. There are good and bad aspects of that, but outright destitution seems fairly rare.

As an aside Mexico is a good place for those considering leaving the US. A number of Americans who were living in SE Asia (esp Thailand) had to leave when they tightened up immigration requirements, many of them ended up in MX because immigration requirements are looser here. MX gives you 6 months on a tourist card, and if you don't qualify for residency you can just go to the Guatemalan border every 6 months to renew your tourist card."


Again Brent, in another email, "I don't know how you have the energy to visit so many places. I like the way you post people's own words in your blog, it makes things so real in a culture that's mostly make believe.

Americans are somewhat handicapped in being able to live in other countries. Language instruction in the US is often poor, and people are taught to believe that life outside the US is dangerous and primitive. It is dangerous and primitive in the poorest countries, but life in medium income countries (like Mexico, parts of South America, Malaysia, Russia, most of Eastern Europe, etc) is for the most part not too bad at all, if you have some money. I've been in a lot of Eastern European countries, and in Ukraine three times, life in Ukraine wasn't great 20 years ago when I was there, but it wasn't a hellhole either. The media makes people think many countries are hellholes outside of the US and western Europe.

In the US it's hard to get any respect, even self-respect, unless you are economically successful. People tend to blame themselves for their failures more so than in many places, and often lose self respect as a consequence. When people lose self respect it causes all sorts of problems, and the media makes it worse with their constant idolatry of the rich, famous, and powerful, who are often just mediocre people with a flair for self publicity or making money. Just because somebody can make a lot of money doesn't make them a good person or even intelligent, but that's how the media portrays them. The Protestant Ethic always equated success with closeness to God, but until fairly recently there were a lot of nooks and crannies in the economy and the country where you could live quietly apart from the hustling and just have some tiny little business and live a quiet life. Those places are getting harder to find. Corporatism is out to monetize everything and everybody.

The main reason there are so many poor and homeless people is that they are superfluous for wealth production. If you can't get rich yourself, make somebody else rich, or work for the government, it can be hard to find a place in society."

Email ThisBlogThis!Share to TwitterShare to FacebookShare to Pinterest
Labels: Escape from America

Linh: I like how Brent considered the American Way, and in contrast to life Northern Mexico, how he said, "Families here are kind of like communes, good fortune is shared with less fortunate members." Carol's mother Flo always tells me similar stories about her family and Greenwood neighborhood life.

I'm getting lots out of this new endeavor, "Escape from America." In fact, Brent brought back a "sharing" memory from Autumn 1971, my first day of Basic Training, Fort Polk Louisiana. Upon arrival at Fort Polk, all new recruits (Fresh Meat) had to get in line and approach a long counter where each would get duffle bag, fatigues, socks, undies, and boots. I remember a guy ahead of me in line who, upon receiving two pairs of black combat boots and one pair of dress shoes, became astonished to learn that the foot ware belonged to him and HIM alone. Later I learned he came from a large rural poor family in western Kentucky, and outgrown shoes had to be passed on down, shared with 'youngins, until worn out.

In contrast, as an only child and spoiled to a degree, I pouted and wished the US Army would had (at least) let me try the boots on for size.

Thank you... at moment, I consider your Summer walking sandals which must get better mileage than Michelin steel-belted tires. Admittedly to some extent, I am joined-at-hip, a distorted citizen in a nation of insatiable pigs. Could I handle life in Qxoaca? -- that's a serious question to ask myself.