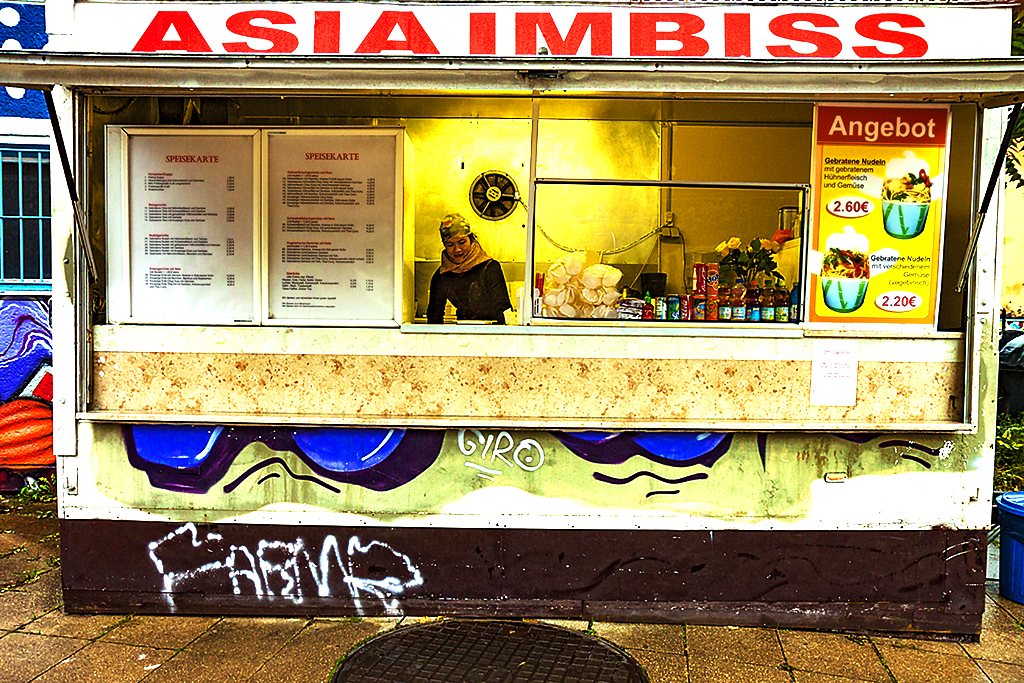 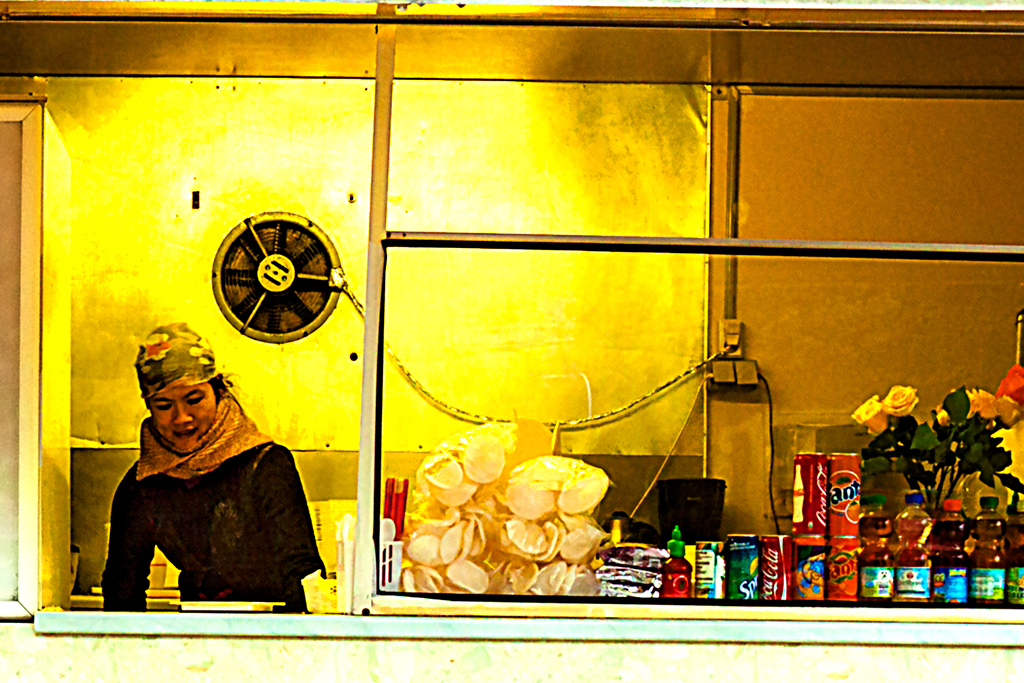 There are Vietnamese-run Asian restaurants or takeouts in every Leipzig neighborhood. Most of them sell Chinese food, with a few Vietnamese dishes thrown in. Others also serve Thai or even sushi. Some are authentically Vietnamese, though, with a handful more upscale than anything I've seen in Philadelphia. The comfortable of Leipzig do eat very well.

At this cheap stall, I had dinner tonight. In her mid 30's, the proprietor is from Hải Hưng, halfway between Hanoi and Haiphong. Before coming to Germany, she spent a few years in the southern, seaside city of Vung Tau, so she was already an internal migrant.

Her accent is rural and northern, with the "l" pronounced as "n." Though my accent is always northern, it can be toned down or amped up, depending on the situation, and during my conversations with her, she actually thought I had come directly from northern Vietnam. This pleased me.

When I asked for green tea, however, I said "trà" instead of "chè." This gave me away. In southern Vietnam, chè is a dessert, so I can never use "chè" for tea. It just sounds ridiculous.

The lady was surprised to hear I had left Vietnam in 1975. I told her I would be in Leipzig for five months to teach two courses at the university.

In Germany for a decade, her German is good enough to banter a bit with customers. A young man bought a €4.50 plate of rice with chicken and mixed vegetables. Another bought a €3 plate of chicken fried rice. Everything was made to order. I had a plate of rice with chicken and mixed vegetables--carrot, bell pepper, onion and a solitary baby corn--all smothered in a coconut milk-enriched curry sauce. Costing me but €4.50, it certainly hit the spot on this cold, drizzly day. She refused to charge me for the tea.

As we chatted, a thin young man showed up and asked if he could have a €1 bag of prawn chips for 60 cents. She sold it to him anyway. "Sometimes, they just stick their hand in and grab it," she shrugged, "but it doesn't happen very often. At least they don't snatch things from your body like they do in Vietnam!" We laughed.

She really appreciates the German education system and its medical care, "The basics are taken care of here." Business, though, has gone steadily downhill for several years. "In this lot, there were many more stalls, with people selling all kinds of stuff, but now it's just me. People have less money here, so they buy less."

"It must be hard to stand in there all day during the winter," I stated the obvious.

"Yes, it is terrible. I just put more layers of clothes on and deal with it. I have a space heater, but it doesn't do much. You can only keep warm if you sit down right next to it."

When I get a chance, I will print out one of my articles in Vietnamese and give it to her. Hopefully, it will give her a few laughs.