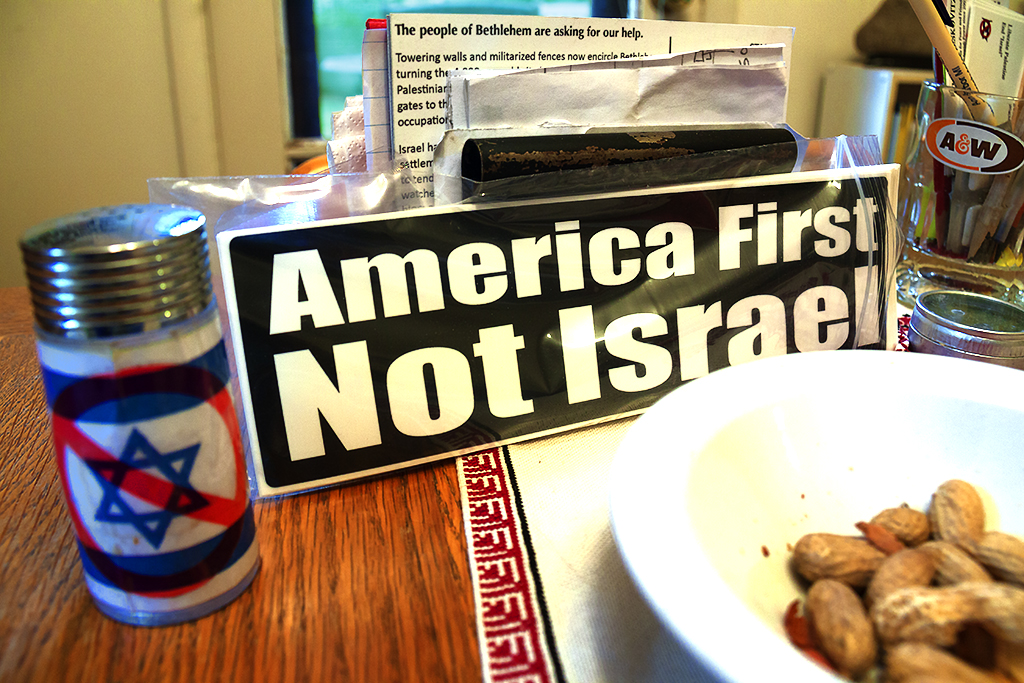 Hi, Linh. I think this "America First" idea is a mistake. I also think Henry standing in front of a synagogue is an error It gives the impression to uneducated people that the problems in Palestine are religious. They are not. Zionism is not part of Judaism although many Jews subscribe to it. Many do not.

Palestinians I know just want to go home to their land. They will at this point admit that the Israelis who are there now are there to stay. But they need to have one state in which everyone has equal rights.

Anyway, maybe Henry's paraphenalia is not a clear indication of his ideas. Linda

The BIG problem is that Israel has hijacked the USG, effectively taking control of the FED, the US Treasury, WH and Congress, which always finds free money and weapons to give to Israel while telling Americans we're too broke to spend money on our broken-down infrastructure.

All of these ME wars are wars for Israel, so that Apartheid nightmare can steal more land, which is being paid for with American blood and treasure.

When the USA finally collapses from all the debt and hollowed-out economy, Israel will depart and find another host, laughing all the time about how stupid and gullible Americans are.