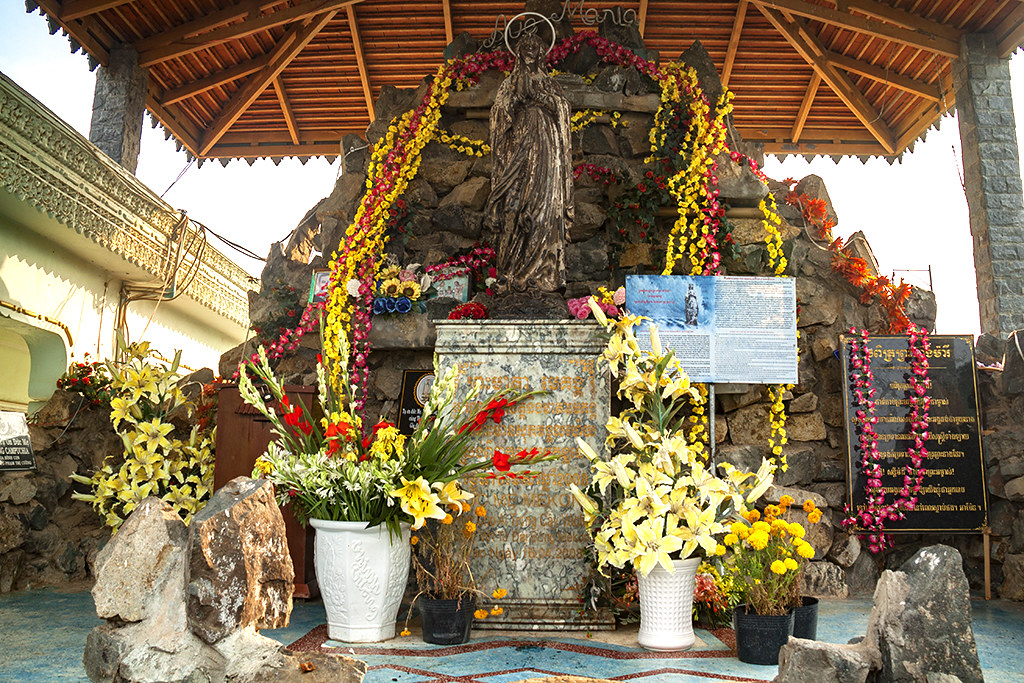 Under Pol Pot, Cambodian Communists destroyed temples and churches, including Phnom Penh's cathedral, and killed many monks and priests. They wrecked religious statues or threw them into rivers. Two statues of the Virgin Mary were later fished out of the Mekong. The first was discovered by a Cham Muslim, but he thought it was just scrap metal. Since it was too heavy to be pulled up by himself, he sold its location to eight Vietnamese for $7.50. The second Virgin Mary was found by a Vietnamese Buddhist after a dream. Both statues are now at the church.