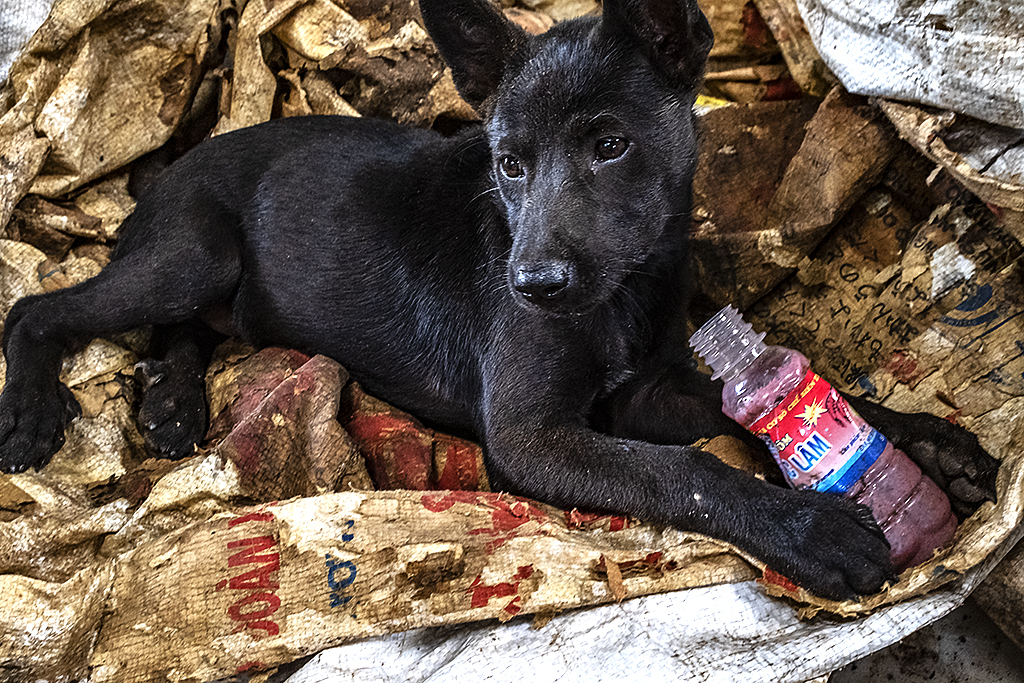 We're raising two puppies to be watch dogs, and Lou, shown here, is the smarter and friendlier one. Today, he developed a taste for fermented shrimp paste, found in our plastic garbage, and it's useless to stop him from sniffing it out and eating it. If you're at all familiar with the stuff, you know how evil it smells. It's usually served with lime juice and chili pepper, and used as a dipping sauce for boiled meat. It's also a flavoring for broth.