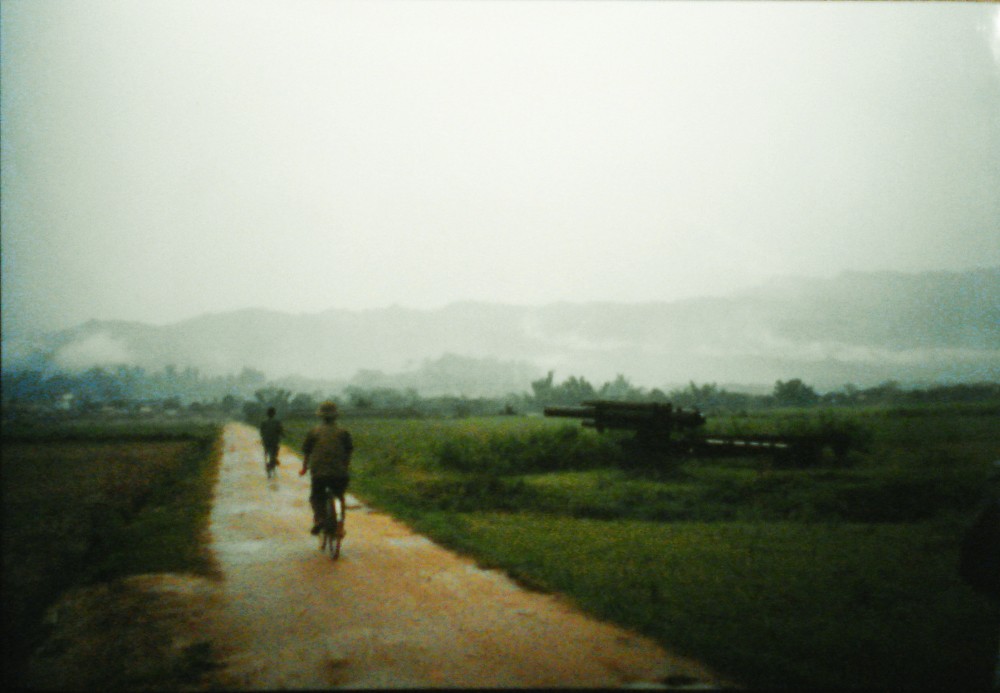 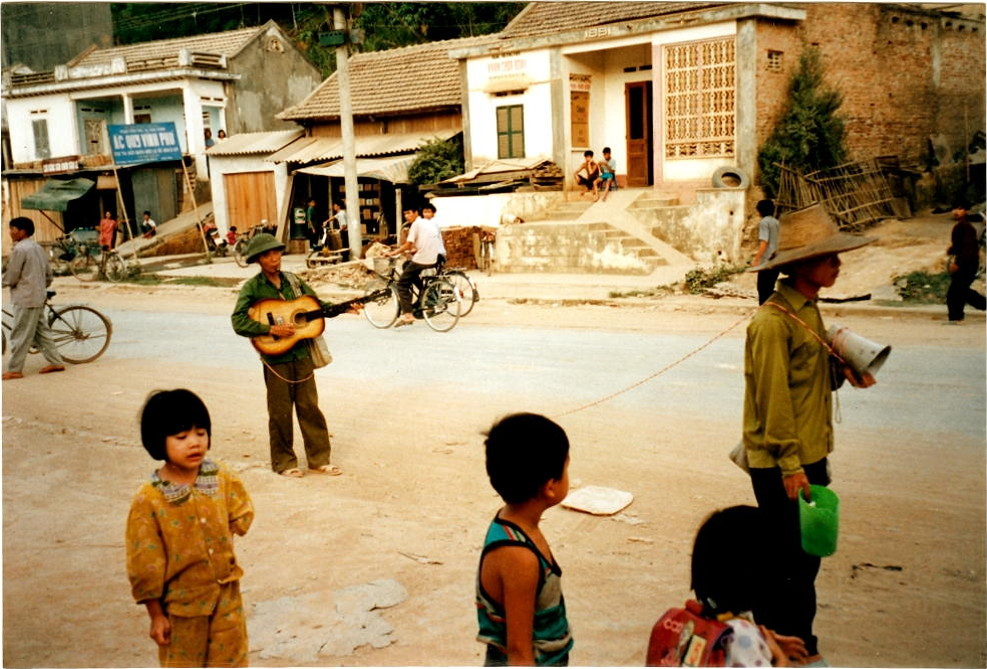 Two images of Dien Bien Phu from 1995, taken with the crappiest point-and-shoot camera. What a fool I am to expect today's Dien Bien Phu to be anything like 25 years ago. With better roads, migrants have flooded in, so the population has increased perhaps tenfold.

The first image shows a piece of French artillery from the 1954 battle. The second is of a blind musician.