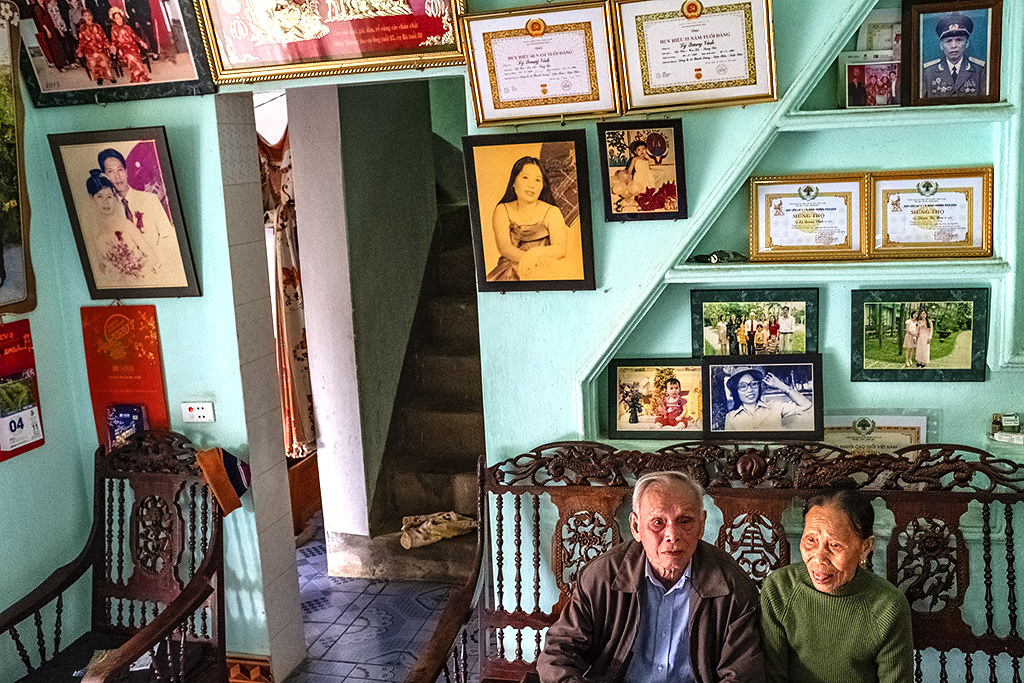 Mr. Vinh's oldest son died at 41, from an illness, and Mr. Vinh expressed this rather oddly, "He's gone far away."

The Vietnamese say suffer [khổ] a lot, and they even use it comically, as in, "You go on and on, I suffer!"

"You suffered for a long time," I said.

"Ah, so you enjoyed yourself for 30 years," I laughed. "Most people don't get nearly that much!"

Mr. Vinh, "Vietnam is number one. Like Uncle Ho said, 'We can defeat any enemy.' We beat the French, Americans and Chinese."

Mr. Vinh, "More and more countries are recognizing that Vietnam is number one. Vietnamese food, for example, is the best!"

A tourguide once brought a group of French tourists to Mr. Vinh's house, so he fed them all.

"Were they veterans of the battle?"