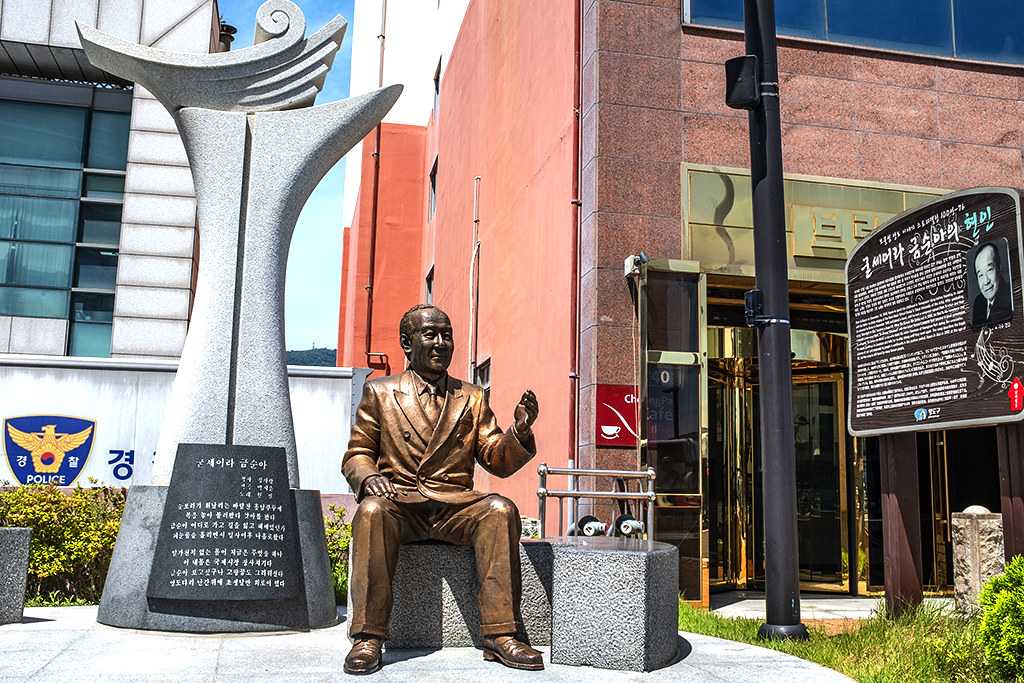 Statue of Hyeon In [현인] in Sinseong-dong. They have his music playing nonstop, so you can just sit next to the guy and hear him sing.

Here's his voice from 1949, making every man, woman, child and dog sob with his rendition of "Seoul's Night Music."

"Walking through Chungmuro under a spring rain / Tears flowing down the window panes." Oh, stop, stop! You're murdering me! I can't take it! A true legend.

His most famous song is "Be Strong, Guem-soon," written in Busan in 1950, during the Korean War. It's a message to his sister to stay strong until they meet again. In 1971, he performed it on television.

And here's the dude in 1986, when he got kinda schmalzy, but what do you expect, man? No one stays hard forever.