Featured Postcards: "Red Redux?" "Serb Hillbillies, Sandra Afrika and Alexander the Great," "Aleksandar of Macedonia," "Architecture of Cruelty," "Belgraders," "Jewish Shell Games, Mind Rapes and Final Solutions," "Heritage is Home," "Still Tranquil Belgrade," "Balkans Ahead!" "Bloodshed, Tyranny and Privation," "Who Should Be Shot?" "Genghis Khan vs. Thomas Jefferson," "Smashing Culture" and "Your Black Future." If you have a PayPal account, you can save me the fees by sending money directly to my email address: linhdinh99@yahoo.com . Thanks! 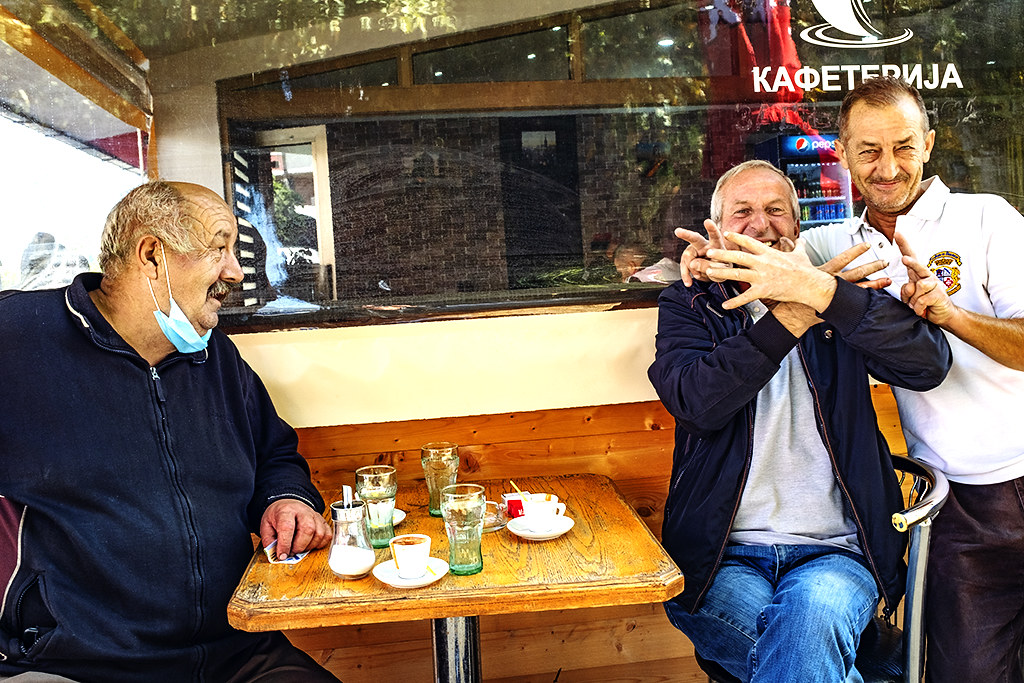 Cafe near bus station. On the left is Petar, a Macedonian Christian. On the right are his Albanian friends, with one jokingly making the Albanian double eagle symbol. Only Petar knows English. Others at the cafe were quite surprised Petar could hold such a sustained conversation with me. They were all super friendly.

During the last World Cup, two Swiss players of Albanian ancestry caused quite a furor when they made the double eagle symbol after scoring goals against Serbia.