I have just finished reading about your travels in Lebanon, and I am deeply moved.

Although I had the misfortune of being born in Wextopia — that is, Columbus, Ohio — I have had the pleasure of spending many restful and carefree summers in my grandfather's village of Qanebeh in Mount Lebanon.

For a short period, I also lived in Qantari in a mixed Shia-Syrian street on the outskirts of west Beirut adjacent to the Green line, and I have even been behind the giant rampart on Bliss Street separating the American beachhead of Beirut from al-Hamra.

The fortifications that you are encountering in central Beirut have more or less been present since the nineties. They ostensibly exist to protect the public from terrorism, but they really serve the more insidious function of helping to colonize central Beirut. Borrowing from Hausman's renovation of Paris, it was obvious following the non-end of the Civil War that the financial and administrative center of Lebanon would never be able to function as a proper parasitic bureaucracy should it have to coexist alongside the common residents of Beirut.

This resulted in the creation of Solidere, a development and real estate agency dominated by the Hariri's and tasked with the restoration of downtown Beirut. Their first action was to promptly evict the shopkeepers and bulldoze the residential areas. The result is the hollow fortified consumer center found today so reminiscent of European capitals, and which obviously exists as a speculatory token should the Lebanese ever capitulate to global Jewry.

Due to the feudal ethos animating Lebanese culture, I have spent very little time outside of Mount Lebanon. I have, however, travelled to the South on two occasions, and once would have been more than most of my native-born relatives. The first time I visited Sour and the second time I attended a Julia Boutros concert.

For such a small country, the Muslim Lebanon that you describe in such vivid detail is still very foreign to me, but the spirit of resistance is not. At the entrance to my grandmother's village, a large mural reads "Salima, the village of the resistor Ghassan Saeed, welcomes all."

Who is this man Ghassan Saeed? Frustrated with what he felt was a tepid response to the Jewish occupation of Lebanon, Ghassan and his fellow countrymen organized an informal cell to engage in resistance activities. Acting of their own initiative, and without any support from the all too numerous militias of civil war Lebanon, Ghassan was eventually imprisoned in an ambush while his comrade Pierre attained martyrdom. Today, Ghassan works as a mechanic.

Is it possible to imagine such a noble and pithy sentiment adorning the entrance of an American suburb? Of course not. For Americans, nothing seems more natural, more scientific than allowing their life to be rationalized for them. They not only live at the end of history, they also love nothing more than gloating over their static, passive existence. I can't think of anywhere else in the world where people are proud to be so aggressively babied. But that's the way it is with Americans.

In a village, victory exists for the courageous and aggressive. Power doesn't need dissected or explained by critical theory or any other academic mystifications. Power is obviously alien and abhorrent precisely because analyzing it doesn't change it. It doesn't need your consent to dominate your life. In a village, the vast gulf between production and consumption that exists in developed economies is marginal. No one is anonymous, and you can't avoid the consequences of your actions. They stare you in the face. In spite of all the sabotage, wars, and austerity, even in the cities it is not uncommon to find entire blocks that have been occupied by one large, evolving, extended family for generations and even centuries at a time.

It has been a year and half since I have been to Lebanon and don't know if I will ever be able to return. If the wretches at the World Economic Forum have their way, traveling across the world won't be a possibility for us plebes, and much less for those of us who refuse the biometric surveillance and invasive non-medical procedures that will soon be made mandatory in the name of "public health".

The idea that I may never again set foot in Lebanon, makes your essays all the more gut-wrenching. When I contrast my experiences in Lebanon among such witty, vigorous and grounded people with my day to day interactions here in America I become all the more depressed.

Every nook and cranny of our village was crafted by our ancestors, and the trajectory and inertia of our common heritage feels almost inevitable. Each generation adds another level to our living quarters, or expands the garden a little more, or dedicates a new roadside shrine.

In America, nearly every moment of my waking life I inhabit some lowlife developer's greedy imagination. Still people here make an effort. Just yesterday someone scratched a penis on the restroom mirror of the local Speedway. We certainly haven't become a civilization on par with the Lebanese yet, but if another renaissance does emerge out of these dark times, it will once again be thanks to the steadfast inhabitants of the Levant. 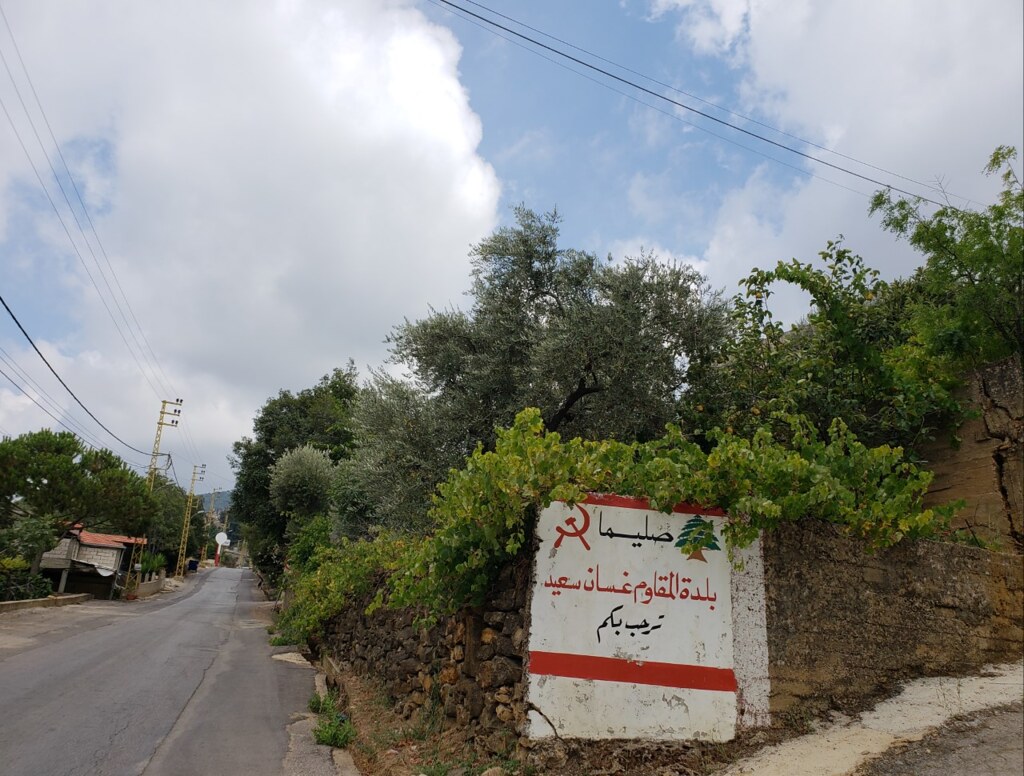 i know little of lebanon's culture but i believe in a few well chosen words the writer has captured the essence of the empire and its inhabitants and my family has been here since the sixteen hundreds.