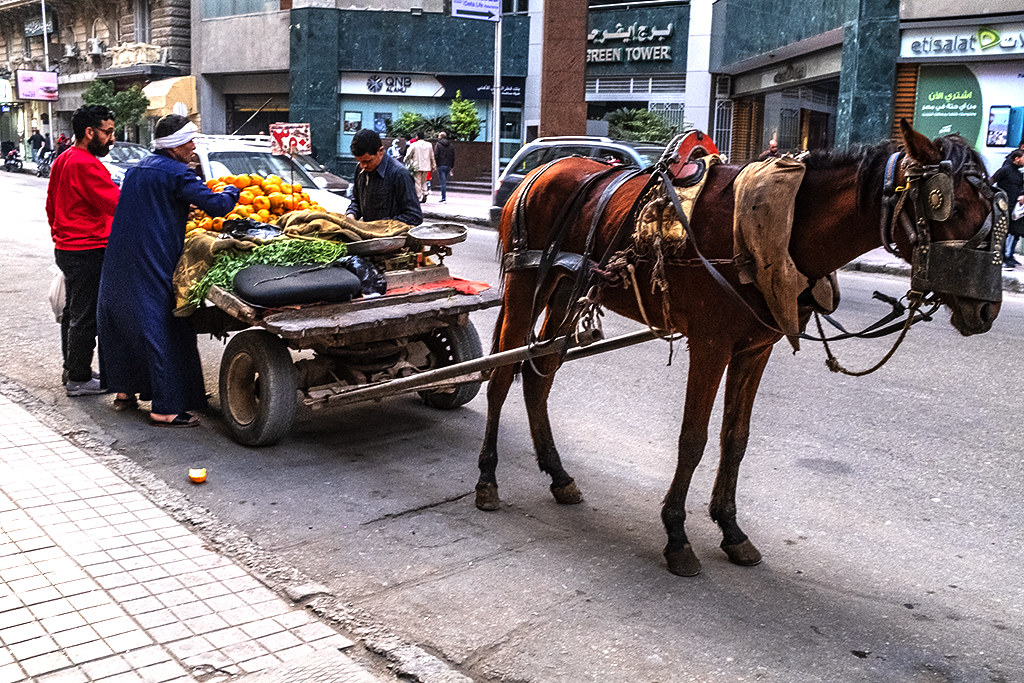 In his excellent Cairo: The City Victorious, Max Rodenbeck tells us that in the 1950's, the Egyptian government "produced a list of sixty-four images that could never be filmed. Everyday sights such as donkeys, street vendors, and beggars were deemed too 'uncouth' for public viewing. Scenes like strikes and demonstrations were 'destabilizing'; in the celluloid version of Cairo, such events simply did not happen." Seven decades later, all those sights are still common, with horse or donkey-drawn wagons seen even in downtown, as shown above.

Email ThisBlogThis!Share to TwitterShare to FacebookShare to Pinterest
Labels: Cairo