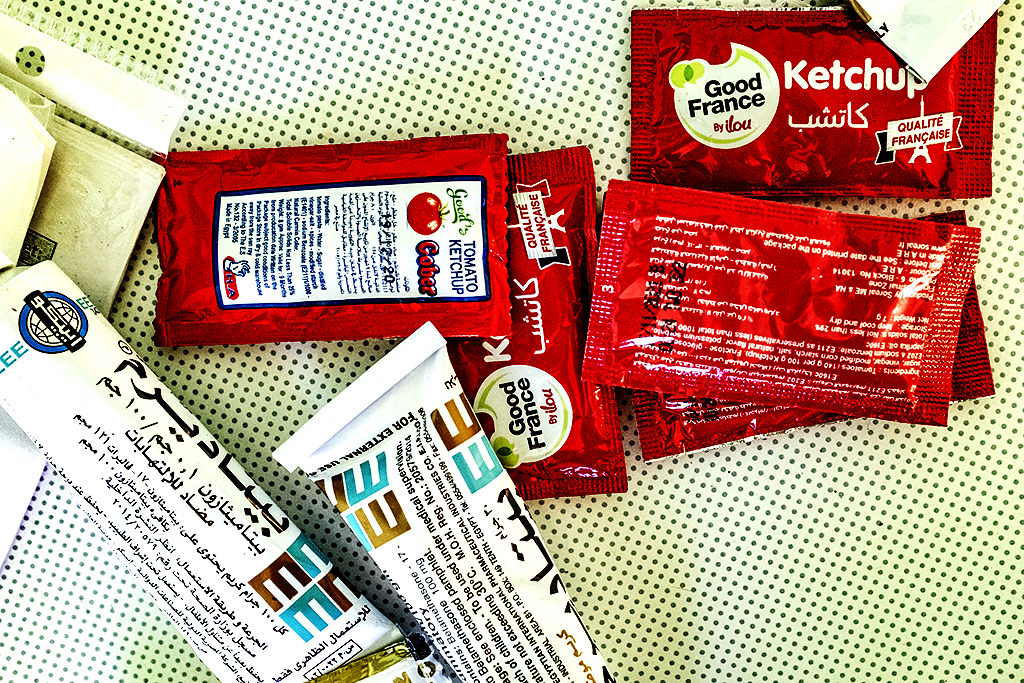 Good France Ketchup! Waste not, want not, especially when you're running around in strange environments. The skin ointment, I also got in Egypt, for 77 cents a tube. Outside the US, all medical services and products are much, much cheaper. Unlike their American counterparts, foreign doctors, dentists and pharmacists' main objective isn't to bankrupt or kill you.

A while back, I started a series called "Escape from America," and this was way before the shit hit the fan, as it is now. If you're stuck, you're stuck, but if you're not tied down with a job or family obligations, seriously consider getting out now, before the chaos ratchets up, or they shut down all borders, as all totalitarian regimes do.

Taking away FREE SPEECH and FREEDOM OF MOVEMENTS are the two key hallmarks of totalitarianism, and both are happening with frightening speed in, laugh tracks please, the supposedly freest countries!

I decided to come to Albania because, as an American, I could enter without a visa or Covid test, and, most importantly, I can stay here for up to a year without a residency permit.

Life is normal here. Everything is open, and prices are pretty cheap. I'm paying just $458 a month for my room, and that's without a long-term contract or security deposit, and I'm right in downtown Tirana. If I move further out or to a smaller city, I can get an even better deal, I'm sure.

Email ThisBlogThis!Share to TwitterShare to FacebookShare to Pinterest
Labels: Tirana