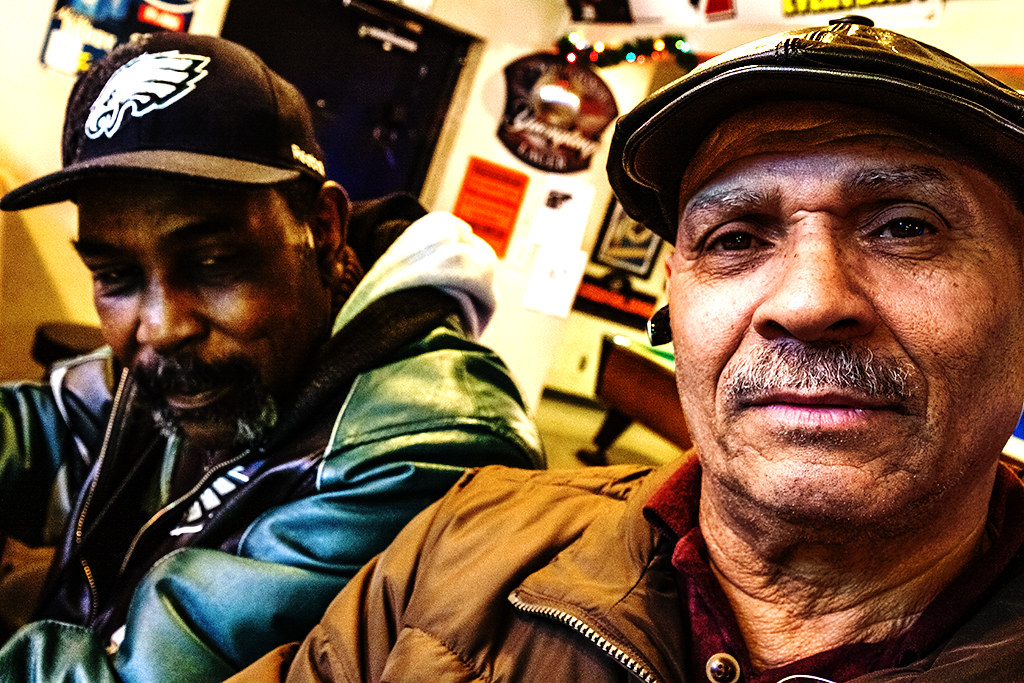 
Charles and Jackson. A rather touchy fellow, Jackson said hello to man who had just walked in, and when this man didn't respond heartily enough, Jackson started to grumble to another patron as the man was in the bathroom, "I'm getting sick of some of these people. Uncouth! Don't speak English!" When his friend came out, Jackson promptly gave him shit, and finished with, "I'm going to go home, get my gun and shoot your ass!" Eating grapefruit, the female barkeep interrupted herself to say, "Hey, you can't threaten people around here."

"I'm going to get my gun and shoot everybody. You too!" He turned towards me.

"I'm going to shoot you for not doing shit!"

I laughed, shook my head, "Fuck you too, man! I'm going to shoot you!"

There was actually a shooting just outside Jones Corner Bar in October, and an armed robbery inside in December, not that I knew about these yesterday, not that I would have given a shit.

It turned out Jackson had served two tours in Vietnam, and also in Saudi Arabia. Jackson spent 29 years in the Navy altogether. When Vietnamese refugees stayed at Fort Indiantown Gap from 1975 to 77, Jackson was a guard. Locals were protesting, Jackson said, "People were saying shit like, ‘These people killed my brother, they killed my father, and now you’re bringing them here.’ I was right there, I saw it, but things have changed, you know. Now you have all these Vietnamese businesses around here, all these restaurants."

On Steelton's Front Street, with its many shuttered stores, I saw a Vietnamese nail salon, and the local state representative is Patty Kim, a Korean-American.

When it was time for me to go to the bus stop, Jackson gave me a ride in his truck.

Email ThisBlogThis!Share to TwitterShare to FacebookShare to Pinterest
Labels: Steelton