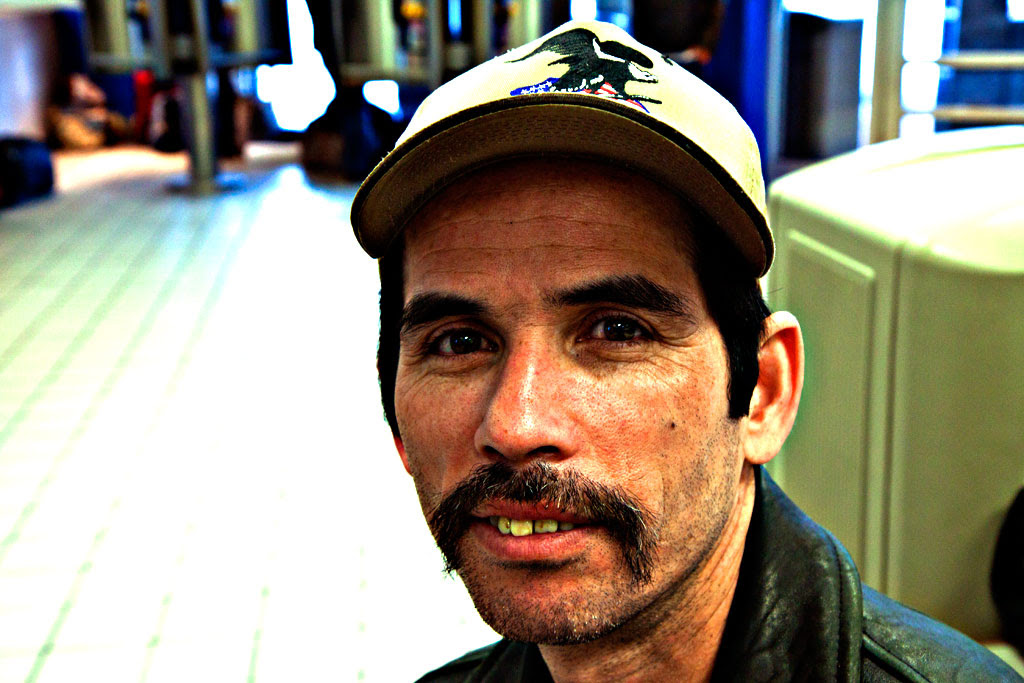 Seeing him squatting on the Greyhound station floor, I knew he was foreign, but after we started talking, I realized he was Vietnamese. We then switched from English to Vietnamese. Tung, 43, had been in the US 11 years, and was working as a boner at a pork processing plant in Greenbush, MN, making $16 an hour, for $400 net a week. He had been employed at a beef plant in Sioux City, Iowa, but that place only paid $300 per week. Greenbush is near the Canadian border, and the region is almost entirely white, but 80% of the workers at this pork plant are non-white, with many Africans, Mexicans and Asians, with the Burmese so adept at this grueling work, they're allowed to chew betel leaves on the job, with trash cans nearby to catch their spittle. Saving what he could from his modest pay, Tung had returned to Vietnam eight times, with six months his longest stay. Back in tropical Can Tho in the Mekong Delta, he would eat and drink well, and idle his time away, but that too would get tiresome, and his dollars would evaporate, so back to frozen Minnesota he would fly. Recently he passed out at the slaughter house and woke up in an emergency room, but since it happened just before he clocked in, it wasn't considered a work place incident. Tung spoke wistfully of a fellow Vietnamese who had gotten clipped by a forklift. The lucky man broke his chin, so thereafter was assigned the easiest tasks, on top of his medical compensation.

One may assume that the foreign blood in Tung was left by an American GI during the Vietnam War, but the Aussies and New Zealanders were also there, not to mention reporters and contractors from just about every other country. Also, the GI himself may not have been white but Hispanic or some other ethnicity, or a combination of ethnicities.

There's a good title right there.

The Lucky Man Broke His Chin