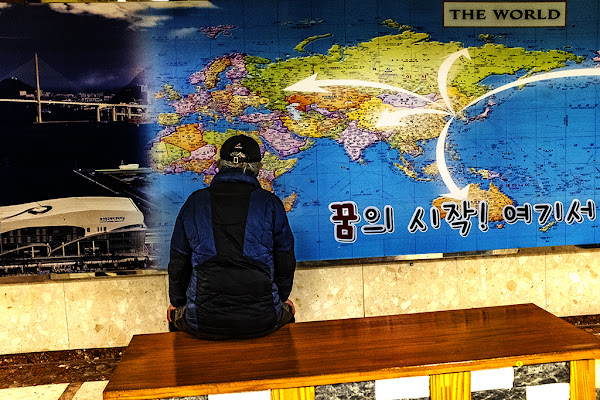 Speaking of displacement, I met many Vietnamese in South Korea in 2020. They had gone there to work, study or marry, with the last always between a Viet female and Korean male. One index of a society’s relative failure is the willingness of its women to marry foreigners, just to get the hell out, thus you have a steady stream of Thais, Filipinas and Vietnamese doing this, of course, but also Ukrainians, Romanians, Colombians and even Russians. Though willing, you must also have takers, so you must be reasonably attractive. Plus, your country must be somewhat familiar to your potential husband. These two factors eliminate most women from the farang sweepstake.

In Vietnam, job recruiters present South Korea and Japan as not just great money-making destinations, but exotic paradises. On a typical billboard, you’d find cliché images, such as a kimonoed beauty, ancient pagoda and Mount Fuji. Should you make the cut vocationally and linguistically, however, you’re a million times more likely to wipe an old man’s ass than cupping a geisha’s. In South Korea, many Vietnamese are fishermen who spend weeks at sea. Enduring miserable living quarters, overlong shifts and dangerous working conditions that sometimes result in injuries or death, many are not even allowed to disembark at ports, lest they run away. Since few Koreans care to join these crews, they’re made up mostly of Indonesians, Vietnamese, Filipinos and Chinese. Lured to South Korea, they may see next to nothing of it, with the bulk of their time floating off the coast of New Zealand, South Africa or Paraguay, etc.

Spared of such fates, most men don’t just happily ignore them, but attribute their luck to their own virtues or even DNA. Smug, they sneer. Every population, though, has been degraded repeatedly throughout history, with even the “best,” German, Russian or Japanese, etc., enduring unspeakable humiliations, just yesterday. A few blinks ago, Cambodia was not just the glory of Southeast Asia, but an unmatched civilization, period.

With Western economies wrecked by Covid policies, you can expect to see many more whites across this ruined planet. Speaking Swahili, Hindi or broken Spanish, they’ll lean into cars or tuk-tuks from Nairobi to Montevideo. Though salarymen, truckers, butchers and busboys prefer blondes, brunettes will also have niches. 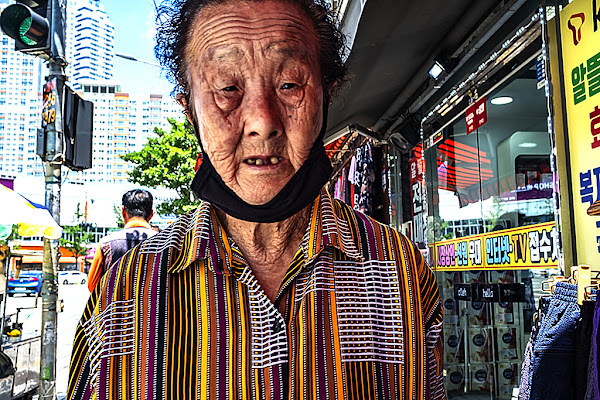 Coming to South Korea on 2/28/20, I suspected Vietnam might seal its borders immediately, so fine, I’d fly to Laos and hang out with a good friend and his two kids. Smart and sweet, they’re absolutely lovely, with the boy goofily fascinated by fancy instant noodles. Drinking Beer Lao for a few weeks until Vietnam reopen again didn’t sound too bad, but six months into the Covid crisis, most of the world was closed, with all Asian countries off-limits.

Stuck in Busan, I could have kept applying for visa extensions, and should that be denied at some point, I could have just stayed there illegally, perhaps. Later, Covid would force billions onto the wrong side of the law. Unreasonable or illegal decrees generate criminals.

Of seven countries open without restrictions, three were in the Balkans, with nearby Turkey also accessible, so I decided to fly to Belgrade. Though I had spent more than 3 years in Europe, I had never visited the Balkans.

Leaving One Way Guesthouse on 7/22/20, I said goodbye to Belarussian Sasha and Korean Bella with genuine sadness, for I had seen them around nearly each day for nearly five months. Busan itself, I had grown very fond of. So long, beautiful! Pulling my cheap suitcase bought in Hanoi, I headed to the train station.

In Seoul, I decided my last meal there would be, uh, German, since Glucks Schwein [Lucky Pig], right outside the train station, seemed like a cheerful spot for some indulgence before a long trip, where so many things, let’s face it, could go wrong. After stuffing myself with three types of wursts, potato wedges and sauerkraut, I headed to the airport for my first Covid-era flight.

Incheon International was mostly empty, many shops were closed and ubiquitous signs warned against invisible dangers. At a closed counter, I noticed an expensive laptop, unguarded, but such is South Korea, as it is in Japan. Finally onboard, I had empty seats on both sides, an extreme rarity in Economy Class. The gorgeous Etihad stewardesses had their faces masked, thus reverted to being proper Muslims, while the rest of us, also masked, became honorary Muslim females.

When food and drinks were served, we became ourselves again, so the masking was just for show, a ritual with no health benefits, but quite the opposite, for who can claim recycling any of your waste is healthy? Like not being allowed to bring a bottle of soda or baby formula onboard, it’s just psychological subjugation. Stupid rules are designed to cow you, so incrementally, you cease being a man.

Within a year, I’d be on half a dozen packed flights, where one moment, we’d all be masked, then just like that, we’d shamelessly showboat our less-than-pretty faces, baring all orifices, with even tiny strands of hair, straight and curly, jutting from odd locations. Worse, we’d give strangers fleeting, teasing glimpses of what’s inside our bodies, including teeth, tongue, gums and tonsil, for we were eating, elbow to elbow, without any fear of cross contamination. Such farcical inconsistency has led the more paranoid to go berserk on planes, but luckily, I have not witnessed such a tantrum.

At my Abu Dhabi layover, I relaxed in O’Leary’s, whose owner wasn’t Irish, of course, but Cypriot, just like McGlinchey’s, a Philly institution, is owned by two Jews. On O’Leary’s walls were images of all the greatest Boston sport heroes, Orr, Brady, Bird, Russel and Havlicek, etc. There’s a similar bar in every major city and many minor ones, and often, you don’t need to leave the airport to find it.

The Cypriot said his business was down 99% due to Covid, but he didn’t seem too worried, it was only temporary. Well-flown, he had visited 109 countries, with his favorites Dubai, Australia, Columbia and Russia.

Because of visa hassles, he had never been to the US. “My father, he’s old now, 75-years-old. Many years ago, he went to New York. When he came back, he said it was paradise. Then he went to Dubai. New York is nothing, he said!”

Turning to the bartender, a young woman from Nepal, I said, “Your boss tells me he’s been to 109 countries! How many have you been to?”

“One,” she smiled, maskless, showing straight white teeth to go with her gleaming, dark lashed eyes.

Soon, it would be hard enough just to reach the next village, or take a stroll around your familiar neighborhood. Everything outrageous will become normal, and the process has well begun.

Speaking like a prophet, God or dictator, Klaus Schwab intones, “Many of us are pondering when things will return to normal. The short response is: never.”

[to be continued, of course and unfortunately] 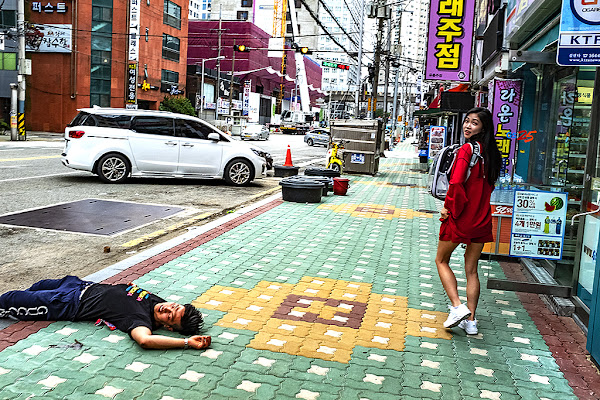